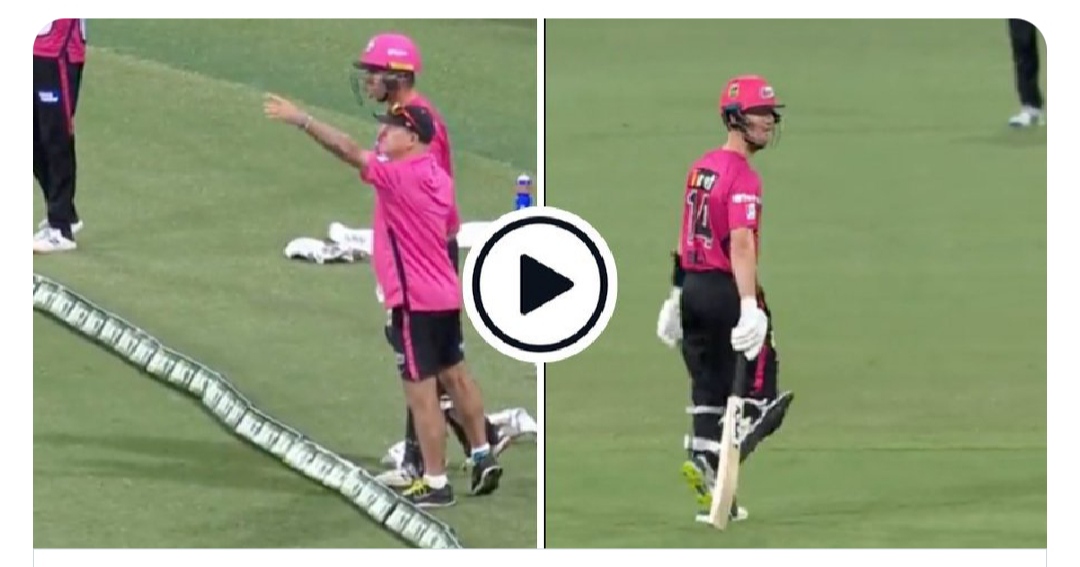 Srinagar , January 26: In a never seen before incident Sydney Sixers retired injured batsman on the final ball of the run chase in Big Bash League match against Adelaide Strikers.

On Wednesday Sixers were chasing Strikers’ 167-run total, which looked a bit jittery during the final-over drama. Sixers first sent out an injured Jordan Silk to bat but decided to retire him hurt for the final ball. Jay Lenton to the non-striker’s end instead, as they needed someone who can run two off the last delivery.Kerr flicked it to mid-wicket and called for two, which the Sixers players ran easily with the fielder in the deep failing to grab the ball quickly under pressure.

Despite the Sixers booking their place in the final, a controversial last-ball thriller has sparked a debate in the cricket fraternity.

We have NEVER seen this before!” wrote the official Big Bash League Twitter.

Former Australia skipper Mark Waugh also gave his verdict, saying that the Sixers went by the rules but the move wasn’t the best example of ‘spirit of cricket’. “It’s in the rules but it’s probably not in the spirit of the game,” he told Fox Sports.

Another former Australia cricketer Adam Gilchrist also shed light on the matter and pointed out that the Sixers have been on the other side of the rule book this finals series. Steve Smith, a part of Sydney Sixers, was deemed ineligible to play the contest as replacements can only come from a Local Replacement Player pool, created due to COVID-19 concerns in early January.

The Sixers team management had to include their assistant coach Jay Lenton in the playing XI after it emerged that wicketkeeper-batter Josh Philippe tested positive for coronavirus.

“My initial reaction to this, my gut feel says I don’t like it,” he said. “The Sixers have been pressed, it’s been rammed home to the Sixers in the lead-up to this final series: ‘We’re sticking by the rules – rules that we made up two weeks ago – but we’re sticking by them.’

“The Sixers have said: ‘There’s a rule book there, we’re going to exploit a rule here’,” said Gilchrist.

Opposition skipper Peter Siddle was “disappointed” by Silk’s retirement, but understood the tactic later. “You can retire blokes, at the end of the day. Obviously I was disappointed at the time. It’s just a retirement, isn’t it?… That’s just a part of the game,” said Siddle.