Srinagar, January 04: The Board of Control for Cricket in India (BCCI) on Tuesday decided to put Ranji Trophy on hold indefinitely due to the rising cases of Covid-19 in India.

The tournament was supposed to start on January 13 at five different venues. However, taking the Covid situation in India into the consideration, the board has postponed the event for now.

This decision came a day after BCCI President Sourav Ganguly said the tournament will go ahead as per schedule.

Other tournaments including Col CK Nayudu Trophy (U-25) and Senior Women T20s have also been postponed for time being.

The BCCI said they are monitoring the Covid situation and these tournaments have been put on hold for a while.

“BCCI does not want to compromise the safety of the
players, support staff, match officials and other
participants involved and hence, has decided to put the three tournaments on hold till further notice,” BCCI press release said.

“The BCCI will continue to assess the situation and take a call on the start of the tournaments accordingly.
BCCI thanks and continues to appreciate the efforts of
the healthcare workers, state associations, players,
support staff, match officials and all the service
providers who put their best foot forward to host more
than 700 matches across 11 tournaments in the current 2021-22 domestic season.” 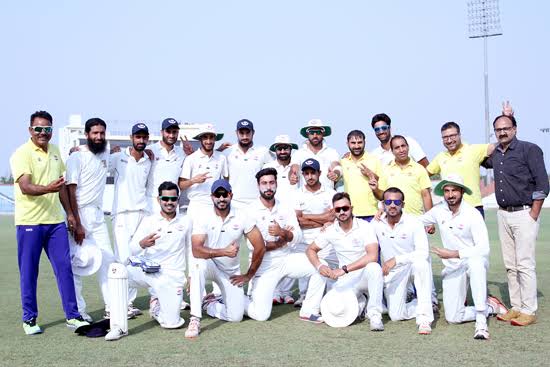