BCCI to take over JKCA

Srinagar, March 23: The Board of Control for Cricket in India (BCCI) is all-set to take full control of Jammu and Kashmir Cricket Association (JKCA) as J&K High Court Tuesday ordered that the earlier-appointed Administrators and CEO will no longer be a part of the set-up.

The bench headed by Justice Ali Mohammad Magrey and Justice Puneet Gupta said that while they appreciate the work done by administrators, their services are discontinued.

“In view of the challenge thrown to the amended Constitution/
Memorandum of Association and Rules and Regulations framed by the CAA of the JKCA, coupled with the contentions raised about the mandate exercised by the CAA as well as the role played by the Chief
Executive Officer (CEO) nominated by this Court, we, while appreciating the effort and endeavour made by the CAA as well as the
CEO, feel that there is no further need of their continuation, as such, the CAA and the CEO of the JKCA appointed by this Court shall stand discontinued,” order issued by J&K High Court reads.

The court decided that the BCCI will finalise JKCA constitution till a body is elected.

“The BCCI shall, as an interim measure and till a new body of the JKCA
is elected under its supervision, run the management, control and
administration of the JKCA immediately upon being handed over the
same by the CAA,” the order says.

The bench also ordered that BCCI will consult all the stakeholders and finalise the controversy-hit JKCA constitution.

“The BCCI shall, while finalizing the amendment, if any, in the Constitution of the JKCA, in conformity with the recommendations made by the Lodha Committee as approved by the Hon’ble Supreme Court, consult all the stakeholders, including the parties litigating
before this Court, i.e., the representatives of the erstwhile clubs of the JKCA as benchmark of the District Cricket Associations now formed by the CAA,” J&K High Court double bench of Justice Ali Mohammad Magrey and Justice Puneet Gupta orders.

“The BCCI shall ensure promoting of cricketing activities in Jammu and Kashmir as well as in Ladakh in tune with its approved Constitution and at par with other affiliated Associations from various States and Union Territories of the country,” High Court Order reads.

BCCI to also look after the infrastructure,

“The BCCI shall ensure that the required infrastructure on ground is improved and made available to the cricketers of Jammu and Kashmir and Ladakh without waiting for any audit report,” order says.

BCCI also directed to ensure players of J&K, Ladakh get all the facilities,

“The BCCI shall make every endeavour to ensure that the boys and girls playing the game of cricket in Jammu and Kashmir and Ladakh, from different age groups, are provided all facilities to excel in the game of cricket not only on national, but also at international level,”

BCCI can appoint committtee, sub-committee to administer and control JKCA,

“Deputy Commissioner of Jammu as well of Srinagar shall cooperate with the BCCI for ensuring implementation of the aforesaid directions passed in this judgment for any requisitioned assistance. They shall ensure preparation of inventory of movable and immovable property of the JKCA and furnishing the same, alongwith the list of assets and liabilities of JKCA as existing on the date of this judgment, to the BCCI during the course of this week,”

“We hope and trust that the aforesaid exercise, assigned to the BCCI, is concluded by the BCCI as expeditiously as possible,” the order further notes. 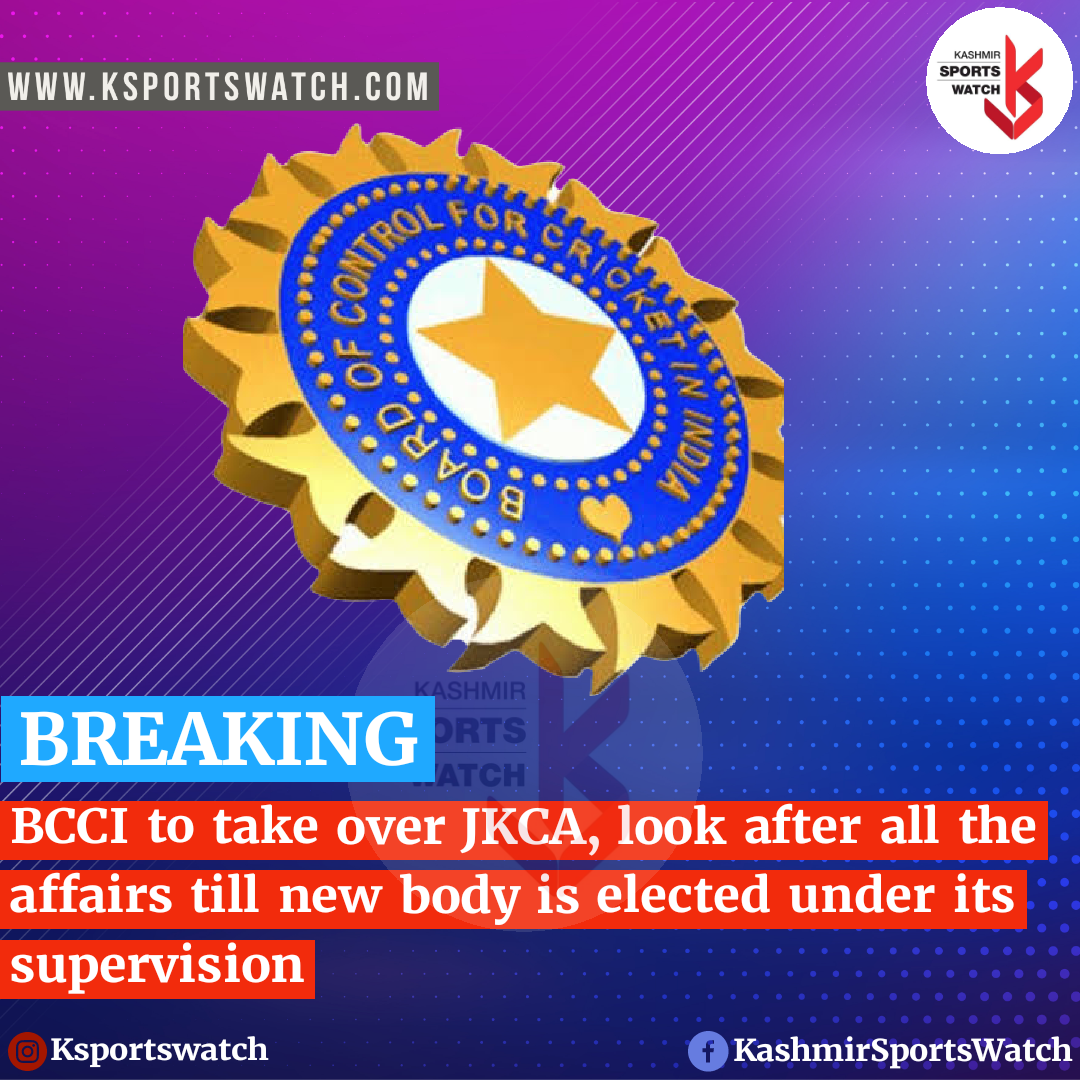