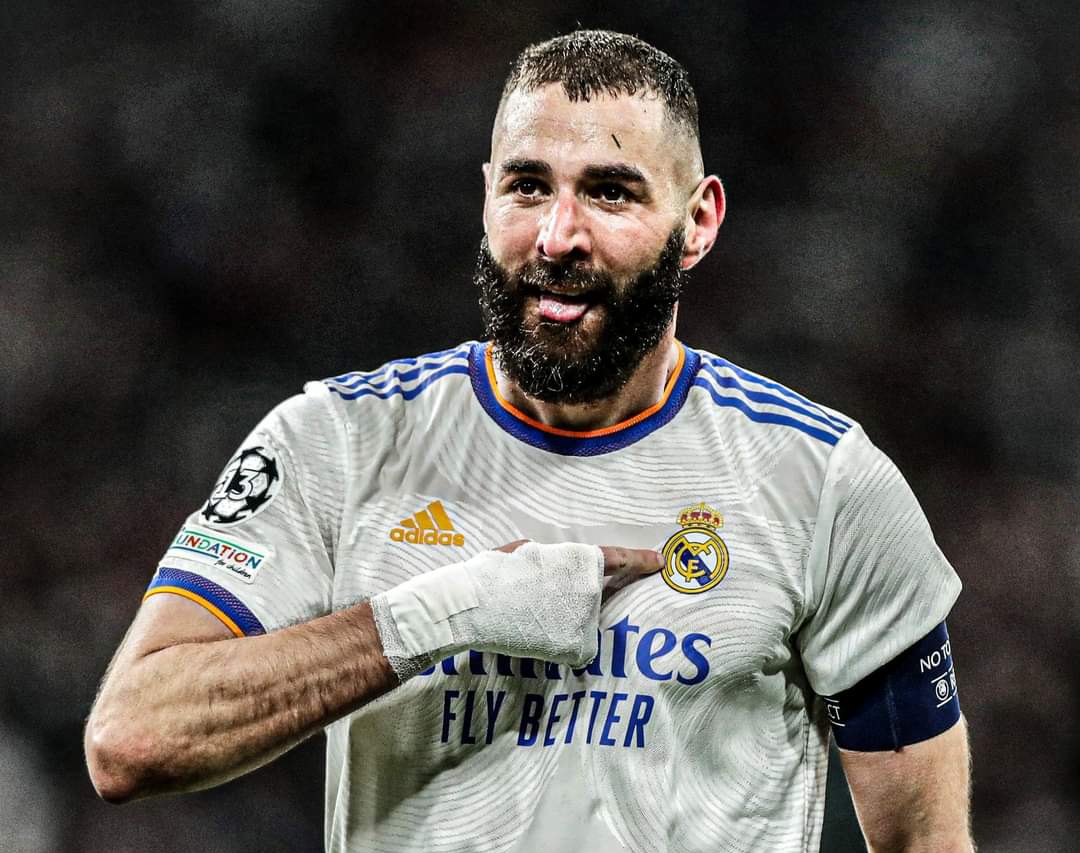 Real Madrid looked like they were heading out of Champions League after Kylian Mbappe’s first-half goal gave PSG a 2-0 aggregate lead.

But then in a stunning 17-minute period during the second-half, Real Madrid and Benzema turned the game on its head.

Benzema levelled the score on the night after 61 minutes when he capitalised on a howler from PSG keeper Gianluigi Donnarumma.

He then levelled the aggregate score line when Luka Modric broke through the lines, linked up with Vinicius and found Benzema who smashed home.

Then PSG gave the ball away from kick-off and Marquinhos accidently passed the ball straight into the path of Benzema to tuck away.

It was a horrific collapse from Mauricio Pochettino’s side, and Real Madrid fans were sent into rapture thanks to the brilliant performance of Benzema.

By scoring a treble, Benzema became the oldest player to score a Champions League hat-trick at 34 years and 80 days.

He also overtook Real Madrid legend Raul for goals in the Champions League, with the Frenchman now on 67.

After the game on BT Sport, Rio Ferdinand said: ‘He’s had some great nights in his career, but this will go down as personally for him, a hat-trick.

“It was as a game of two halves. First half we were all sitting here salivating about Kylian Mbappe, the most devastating player around at the moment, heir to the throne of Cristiano Ronaldo and Messi”.

‘Second half comes out, Karim Benzema says ‘no, no, no, no. I’m not done yet. Guys, there’s someone else on this pitch that you need to talk about,’ and bangs out a hat-trick”.

“I mean, that man in the picture there by the way (Ancelotti), he’s trodden this path many, many times and he navigated his team through this. He didn’t panic, wily characters in this squad”.