Kashmir Sports Watch May 15, 2021 7:01 am
‘Afghanistan, Pakistan ODIs moved from UAE to Sri Lanka due to IPL’
Inter-District Tourney: Srinagar beat Jammu in a thriller

Srinagar, May 15: Ever since Team India squad for World Test Championship final and England series has been announced , everyone has been asking about missing Bhuvneshwar Kumar.

With English condition perfect for Kumar’s bowling , one wonders why he has not been included in the squad . Injury could have been the reason but then Bhuvneshwar has been for during Indian Premier League .

Now a report in Times of India says that Bhuvneshwar Kumar doesn’t want to play Test cricket and is only focussed on One Day and T20 formats .

“Those who have seen him from close insist he brought in a huge change in his work-drills a couple of seasons ago, doing away with heavy weight training, falling to the lure of the white-ball comfort and avoiding those hours of long spells that are so integral to red-ball cricket”, report further said.

“To be honest, the selectors don’t even see Bhuvi hungry for 10 overs, forget Test cricket. It’s Team India’s loss no doubt, because if one bowler should have made it to England, it should have been him,” report quoted those tracking developments. 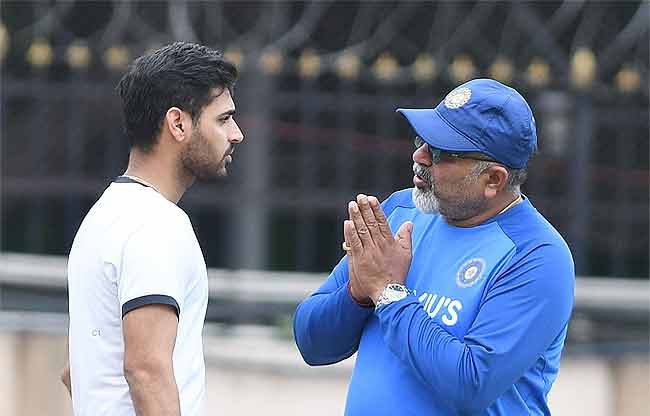