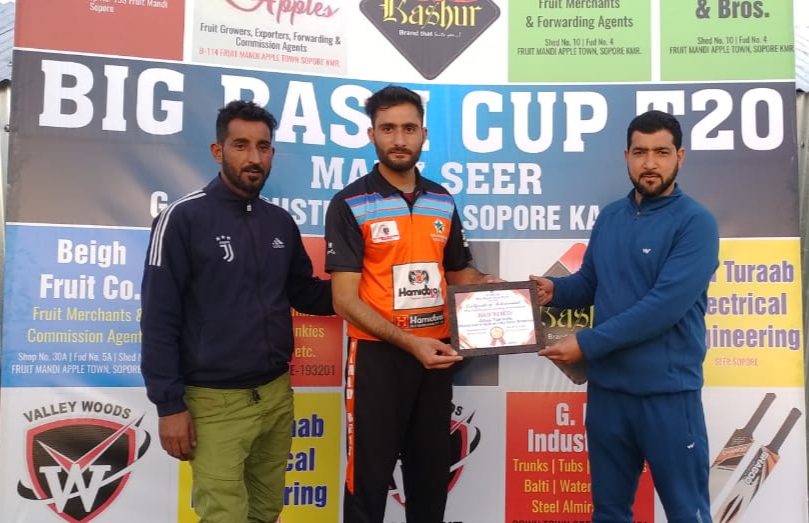 Srinagar, March 14: Muzamil Rashid was awarded man of the match as BCC Reds Baramulla beat Seer Sports by 15 runs in the match of the Big Bash T20 Cup Seer at Manzsher Sports Ground Sopore on Sunday.

Batting first , BCC Reds Baramulla scored 167 for the loss of seven wickets in allotted overs. Mudasir with 36 from 22 balls was notable scorer for them while as Muzamil scored 22. Tariq took four and Afaq took three wickets for Seer Sports.

In reply Seer Sports fell short off a target by 15 runs as they could make only 152 for the loss of eight wickets in allotted overs. Abid Ahmed and Farooq Hassan scored 28 each for Seer Sports. Muzamil Majeed took three wickets for BCC.