In reply, Kitty XI struggled initially but lastly, they needed 18 off 18 with 5 wickets in hand. However, some terrific bowling by Meeran and Sajad pulled it back in Hooked’s favour as Kitty XI fell short by 8 runs.

Sajad, for his 66 runs and two wickets, was named player of the match. Meeran was awarded outstanding performer while Mursaleen bagged super sixes award. 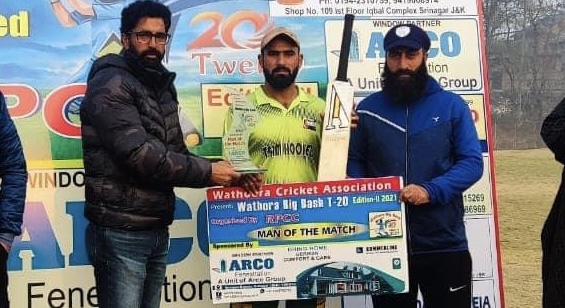