With a magnificent start by team captain Bilal Shamas and all rounder Parminder Singh YSS managed to score 195.

Adil Sofi added 53 runs on 24 balls, while as Imtiyaz Ahmed scored 30 on 14 balls and Parminder Singh scored 24 on 14 balls.
While trying very hard to chase the score, Kashmir University team collapsed on mere 143 runs as Bilal Shamas took 3 wickets on 25 runs while as Rafiq Ahmed, Mudasir Ahmed and Parminder Singh each took 1 wicket.

Director Youth Services & Sports in a tweet has congratulated team manager Azhar Hajini and his teammates of the Department of Youth Services and Sports for this sumptuous victory and has hoped that the team will maintain this winning spirit in other matches as well.

Bilal Shamas while expressing his utmost satisfaction over the performance of batting line order especially has paid his gratitude to the senior officers of the department especially Director YSS Gazanfar Ali for his affectionate patting and encouragement in letting field staff of the department express their talent in such a way. Pertinently 16 teams from various government departments are participating in the cricket tourney being organized by the University of Kashmir. 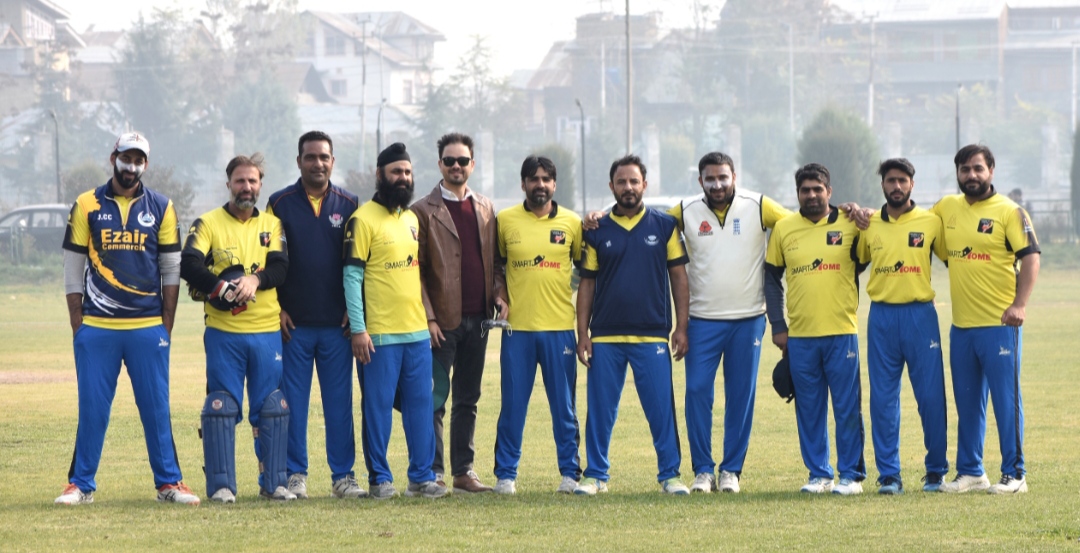