Srinagar, 23 June: Hashim Watson with both bat and ball as FCC Buchpora cruised its way into the final of the ongoing 3rd edition of Boom Boom Synergy cricket tournament at SNW Chanderhama Ground Pattan on Wednesday

The semifinal was played between FCC Buchpora and FF Gabderbal in which former prevailed .

FCC won match by six wickets and qualified for the final.

Hashim Watson’ was declared man of the match for his brilliant allrounder performance 39 runs and taking two wickets. 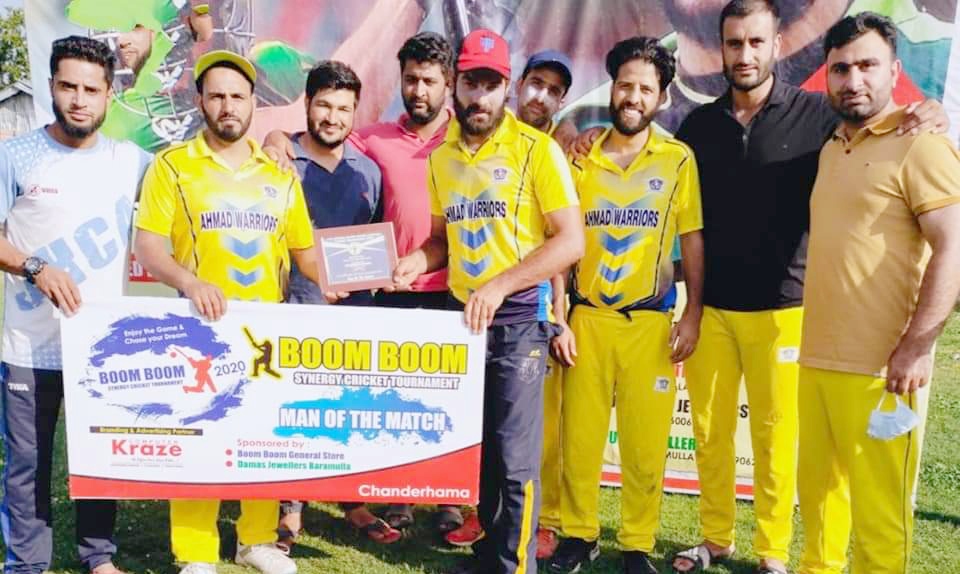