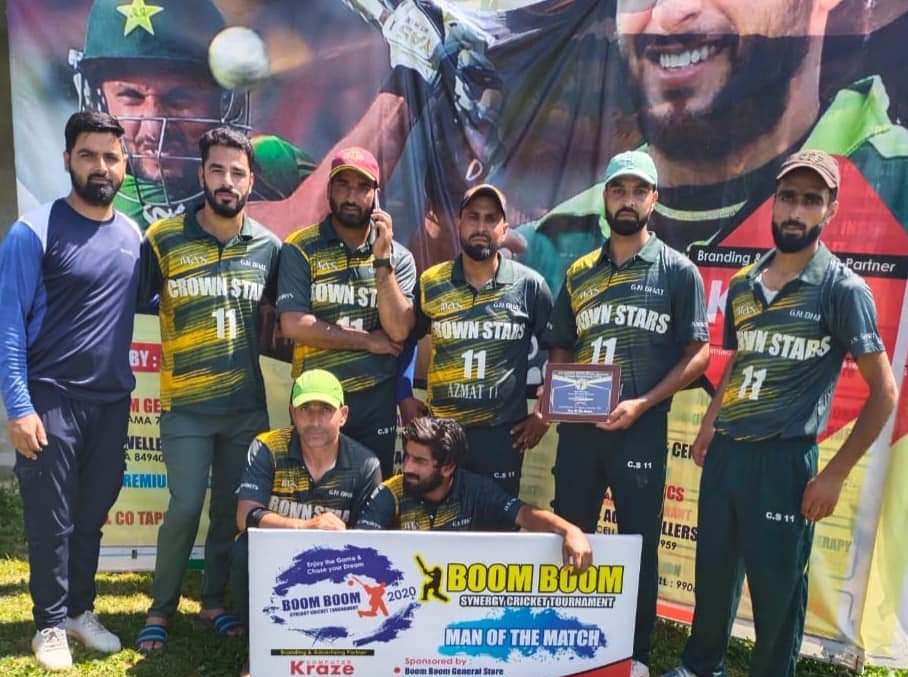 The match was played between Yatto Tigers Srinagar and Manchester United Pattan.

Nasir was highest scorer for them with 69 runs.

In reply Manchester United Pattan despite getting solid start failed to chase the target.
They fell short off a target by 10 runs.
Altaf was highest scorer with 46 runs while as Farhan scored 28 runs.

Nasir was latter adjudged the Man of the match for his 69 run knock.

The tournament is organised by Owner of Boom Boom General Store Chanderhama.