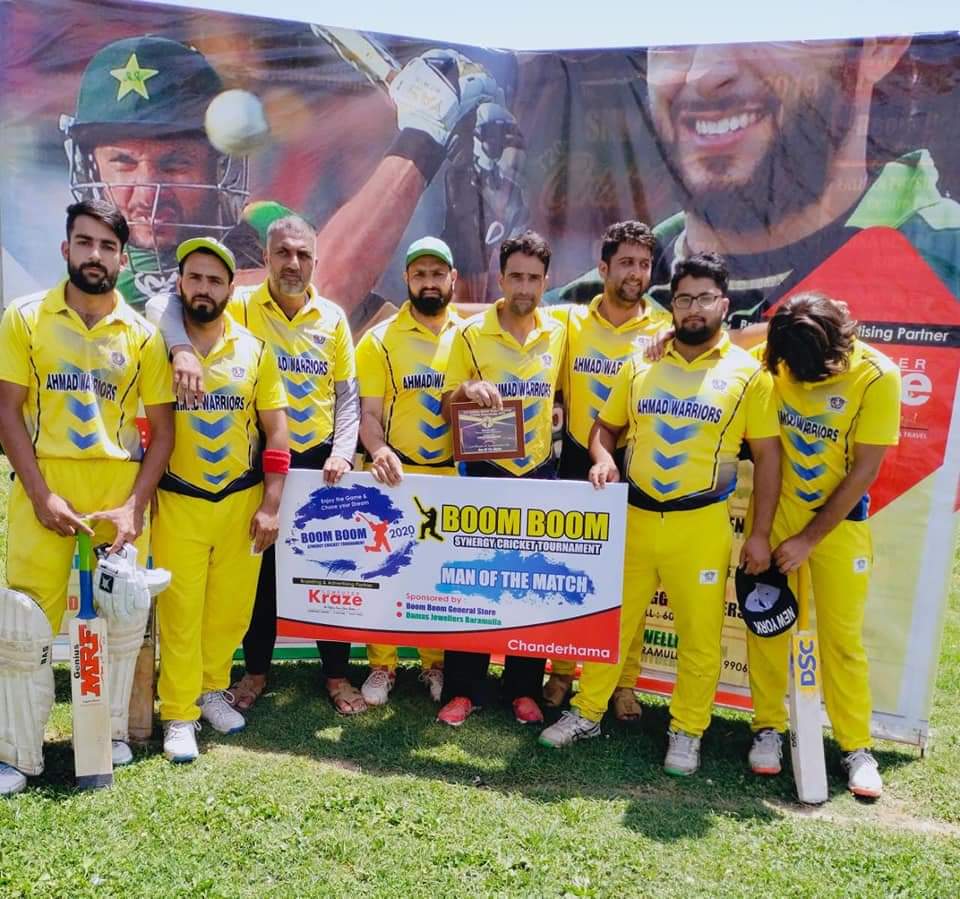 In reply FCC Buchpora Srinagar chased down the score in the 12.5 overs for the loss of 4-wkts. Jahinger was highest scorer with 62 runs while as Manzoor Illahi and Watson contributed 30 and 10 runs respectively for their team.

Jahangir was declared as the man of the match for his brilliant performance 62 not-out.

The tournament is organised by owner of Boom Boom General Store Chanderhama.