In reply Duchnipora Hunters were bundled out for 93 run’s, thus lost the match by 14 runs. Parveez and Yawer made 25 & 20 run’s respectively for them. Zubair Pandit took three wickets while as Zubair Shah and Noor Mohd took two wickets each.
Zubair Pandit for his brilliant of taking three wickets in four over spell was awarded man of the match. 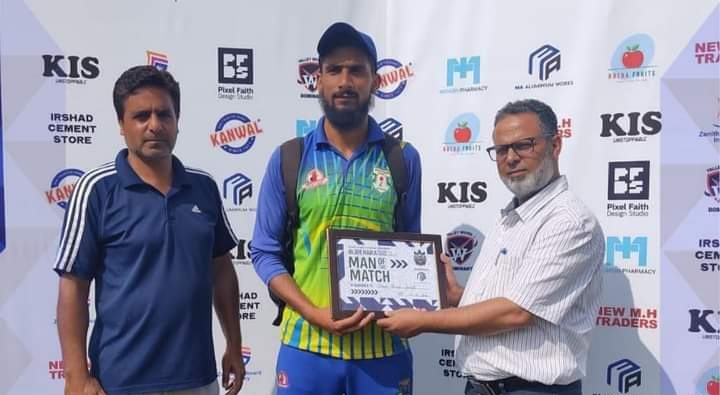