Srinagar, April 21: West Indian cricket legend, Brian Lara, Tuesday picked Abdul Samad as the player to watch out for in the IPL 2021.

While conversing with Star Sports, Lara showed confidences in the 19-year-old Jammu and Kashmir cricketer, saying he has the potential to emerge as one of the top stars of the tournament, this year.

“Young Abdul Samad. I know he has had just two innings, but I think he is someone who can pretty much be one of the shining knights at the tournament.” Lara stated.

Samad fired 19 runs off 8 deliveries, including two maximums, against the Knight Riders in Chennai in the first match of this season. He though scored a duck in the second match and 7 off 8 balls in the third before injuring his hamstring. He was Wednesday left out of the Sunrisers Hyderabad playing XI due to the injury.

Samad is known for his confounding six-hitting ability in the lower-order and has a strike rate of 113 in first-class cricket, 128.45 in list-A cricket, and 146.45 in T20 cricket.

He smashed 63 off just 38 deliveries playing for Jammu and Kashmir against the services in the Vijay Hazare Trophy earlier this year. 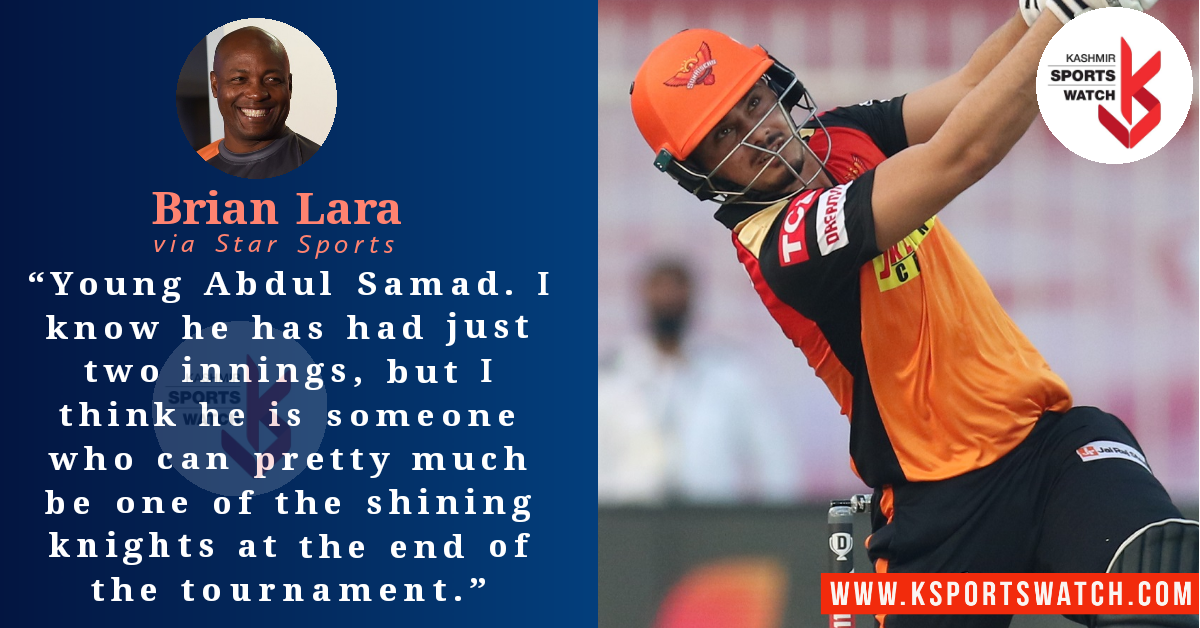