We bring to you all the live updates and results from WWE RAW exclusive pay-per-view, WWE Great Balls of Fire. The main event will see Brock Lesnar defending his Universal Championship against Samoa Joe.

Samoa Joe jumped Brock Lesnar even before the match began and drove the Universal champion through the announcers’ table. Lensar made his way back and was met with an enzogiri and a flurry of punches. Lesnar made a comeback with knees to the mid section and executed three German Suplex before Joe hit a low blow on Lensar without letting the referee seeing. Joe got the Coquina Clutch twice but Lesnar powered out and despite hitting himelf on to the ring post Lesnar managed another trifecta of German Suplexes. Joe showed some fight with another attempt at Coquina Clutch but Lesnar survived and hit an F5 on Joe to retain his title 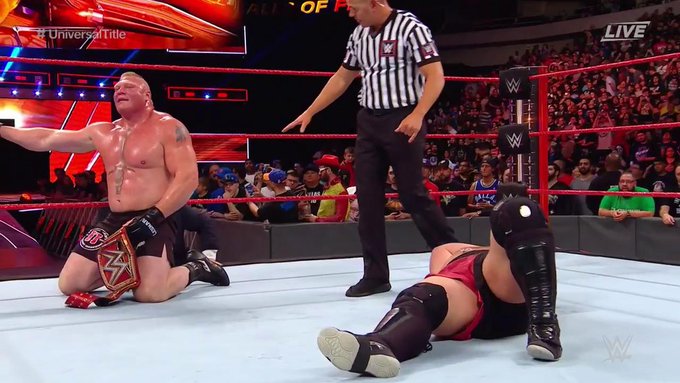 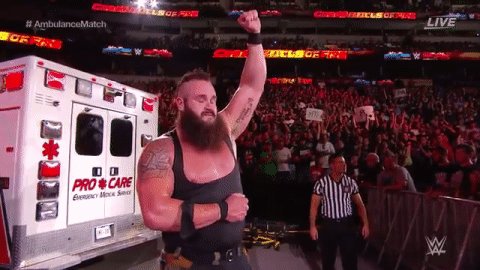 Distraction, distraction and distractions and the Miz retains the title. Maryse saved Miz from a 3-count after Dirty Deeds while the Miztourage – Bo Dallas and Curtis Axel – continued to hand Miz the advantage. And eventually the numbers game got the better of Ambrose and Miz won the title match after delivering the Skull Crushing Finale 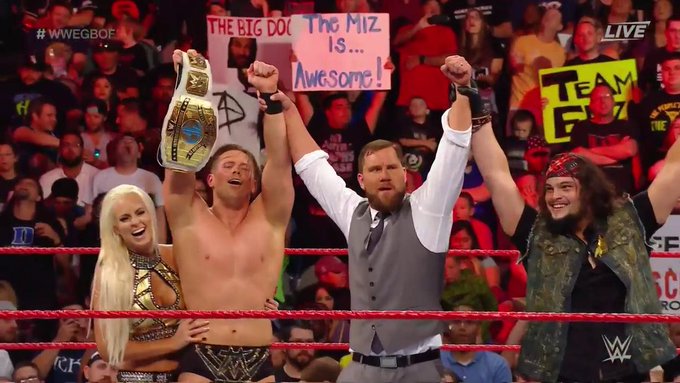 Sasha Banks wins, but via count-out, meaning titles don’t change hands and Alexa Bliss is still the WWE RAW Women’s Champion. Bliss once again finds a way to survive, but Banks assaults the champion after the match and makes a solid statement 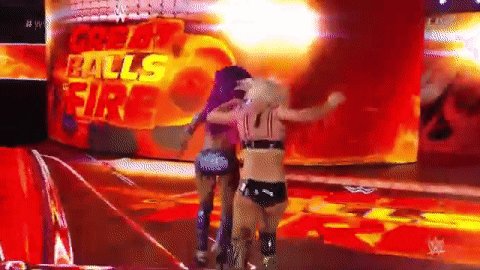 Incredible 30-minute Ironman match between Sheamus-Cesaro and the Hardys. After being 0-2 down early on, the veterans made a fabulous comeback, but could not deny their younger opponents from retaining the title 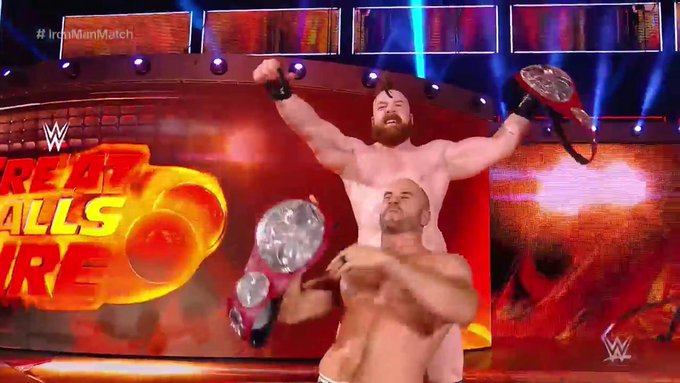 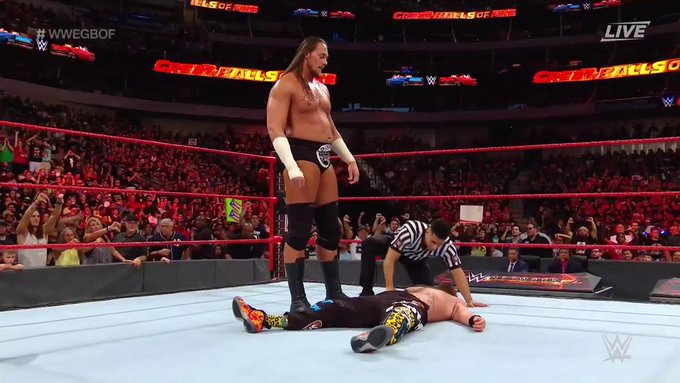 The first match of the main PPV was a blast and well, Bray Wyatt manages a win over The Kingslayer. 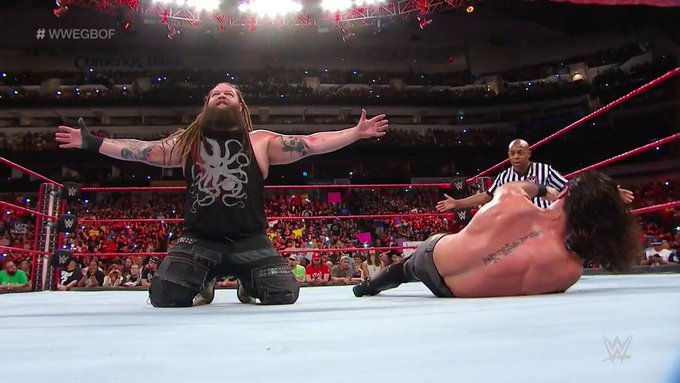 Neville (C) beats Akira Tozawa (Cruiserweight Championship) – Kick-off
Tozawa was not going to a threat for the King of Cruiserweights and Neville retains the title with ease. Bit of a bizarre ending.