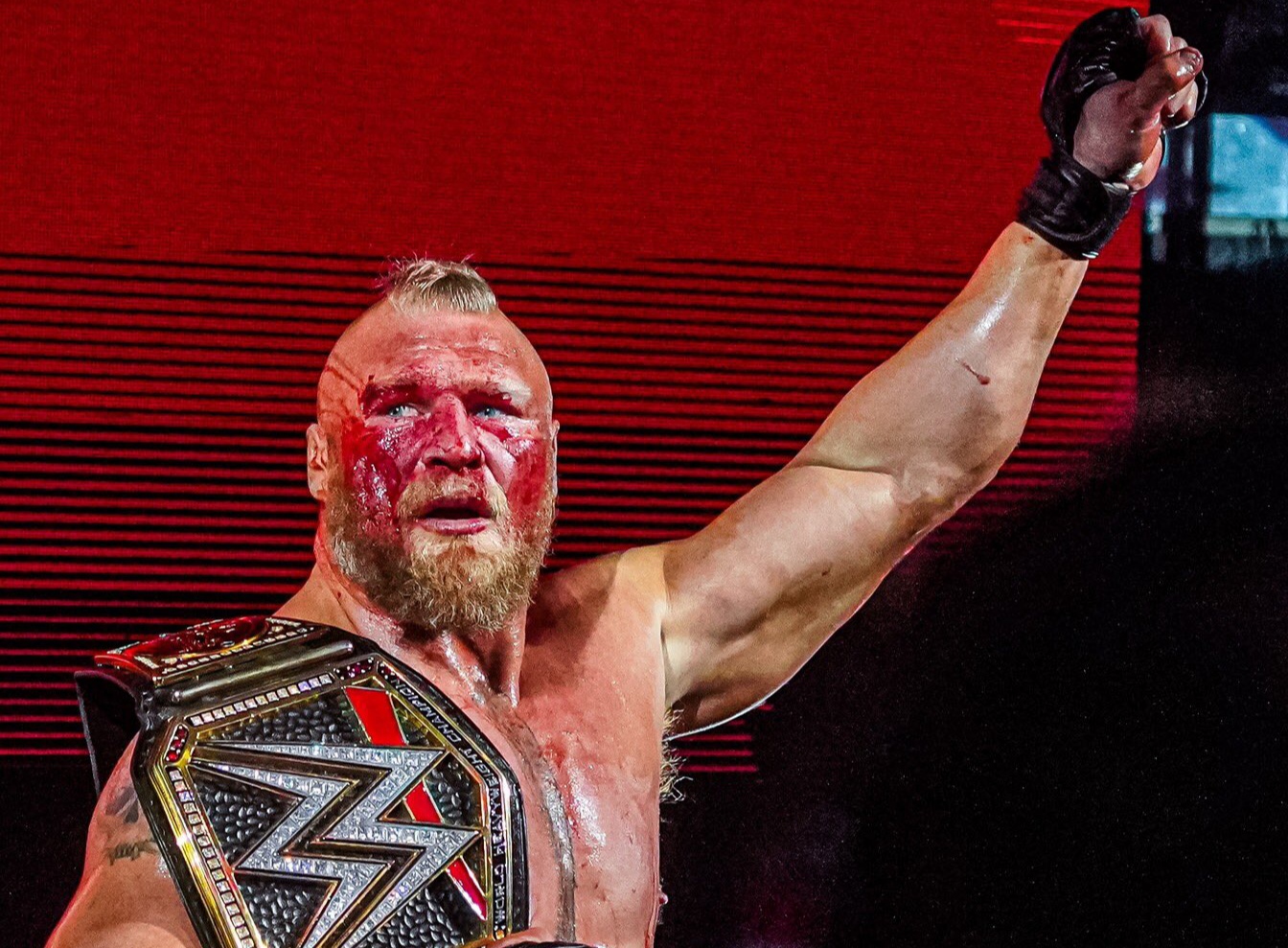 Brock Lesnar who was scheduled to take on Bobby Lashley had to face his replacement instead Austin Theory.

It all started with Austin Theory walking out and said that he was coming for Lesnar. Theory cut a long promo on Lesnar and then Lesnar said he would take Theory to suplex city. Theory lost after taking four suplexes and the F5. After the match, Roman Reigns laid out Lesnar with the Superman punch but Lesnar came back with three suplexes. The Usos ran out and also took a beating from Lesnar.

Paul Heyman teased using a chair but Lesnar saw him and went to grab him but Reigns jumped back in and he hit Lesnar with chairs to the back before knocking him out with the steel steps. Reigns then picked up and slammed Lesnar on the steel steps and by this point, Lesnar’s head was covered in blood.

The show ended with Roman Reigns holding both titles and standing over Brock Lesnar Lesnar.

After Reigns left, Lesnar got up and smiled as the blood continue to pour out of his eyebrow area.

The two star wrestlers are set to clash at upcoming Wrestlemania event for title vs title fight.