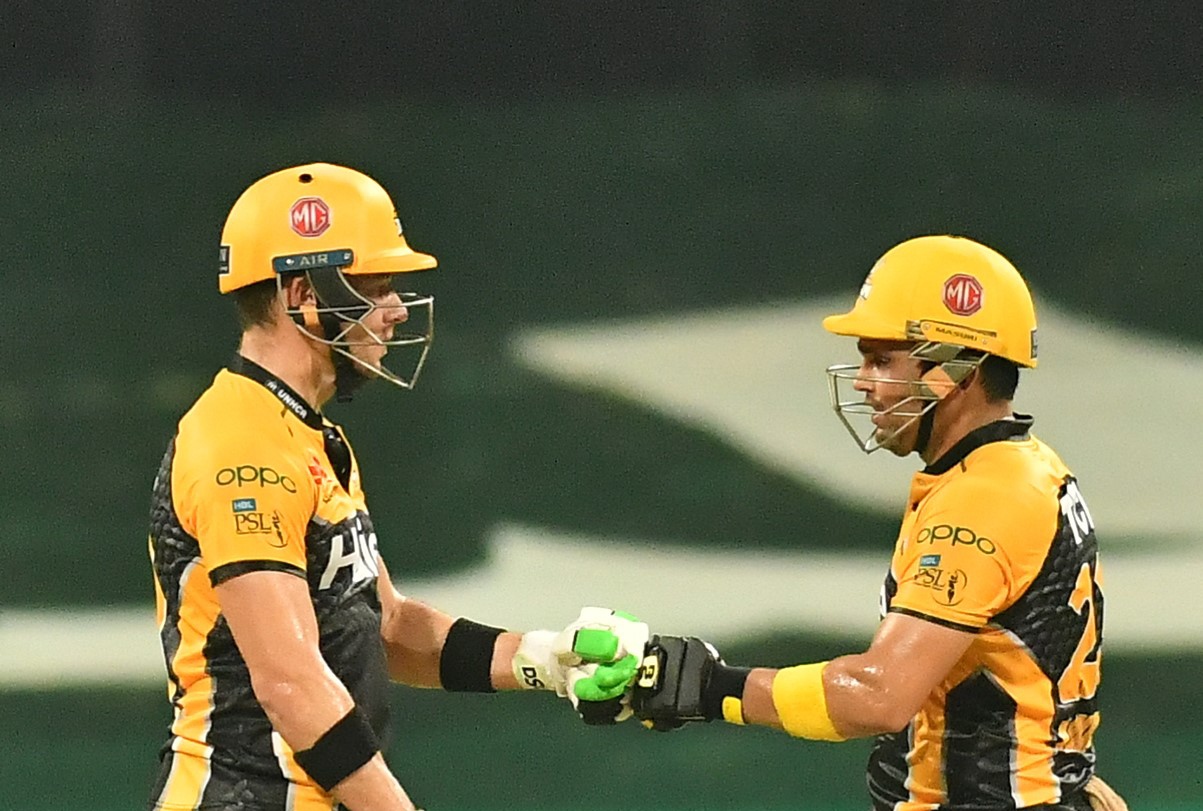 Abu Dhabi, June 12: A 125-run third wicket partnership off 73 balls between Kamran Akmal and David Miller set up a 61-run victory for Peshawar Zalmi over Quetta Gladiators that sent the 2019 champions packing from the HBL Pakistan Super League ( PSL )6 at the Sheikh Zayed Cricket Stadium here on Saturday.

Recovering from 10 for two and then 22 for two after the powerplay overs, the 2017 champions finished at 197 for five with Miller clobbering six fours and four sixes in a 46-ball 73 and Kamran contributing a well-constructed 37-ball 59 with six fours and two sixes.

Quetta Gladiators, who were without Andre Russell, suffered a devastating blow when Faf du Plessis suffered a concussion in a freak fielding accident after colliding with Mohammad Hasnain. Without two star batters, the 198-run target was always a herculean task for the Gladiators, who hobbled to 136 for nine after being 62 for no loss in the eighth over.

The result meant Peshawar Zalmi moved to join Islamabad United on eight points from seven matches, while the defeat proved to be the end of the road for Quetta Gladiators who suffered their sixth loss in seven matches.

In the 19th match of the HBL PSL 6, Gladiators had made an impressive start in the must-win match by winning the toss and then restricting Zalmi to 10 for two, then 22-2 after six overs and 30 for two after seven overs.

But Miller changed gears in the eighth over and unleashed a brutal attack on Gladiators’ spinners Zahid Mahmood, Zahir Khan and Mohammad Nawaz as the ball continued to disappear in the empty stands at regular intervals.

Kamran Akmal, who was a silent spectator in the opening overs, joined the party and followed Miller as the two switched Zalmi’s fourth highest partnership of 125 from 73 balls. They matched stroke by stroke as Gladiators were left clueless and out of ideas and options.

With the stage set for the highest score in the Abu Dhabi-leg of matches, Rovman Powell made sure that Zalmi reached 197 for five in 20 overs by slapping five sixes and a four in an electrifying 19-ball 43 not out.

With Andre Russell and du Plessis not available, Gladiators proved to be an easy prey for the ruthless Zalmi as fast bowlers Mohammad Irfan and Umaid Asif, who bowled impressively on a good batting surface to restrict Gladiators to 136 for nine after being 62 for no loss.

For the Gladiators, captain Sarfaraz Ahmed was the top scorer with 36 not out, while Saim Ayub, who was a concussion replacement for du Plessis, scored 35.