Captains excited as PSL set to resume in Abu Dhabi 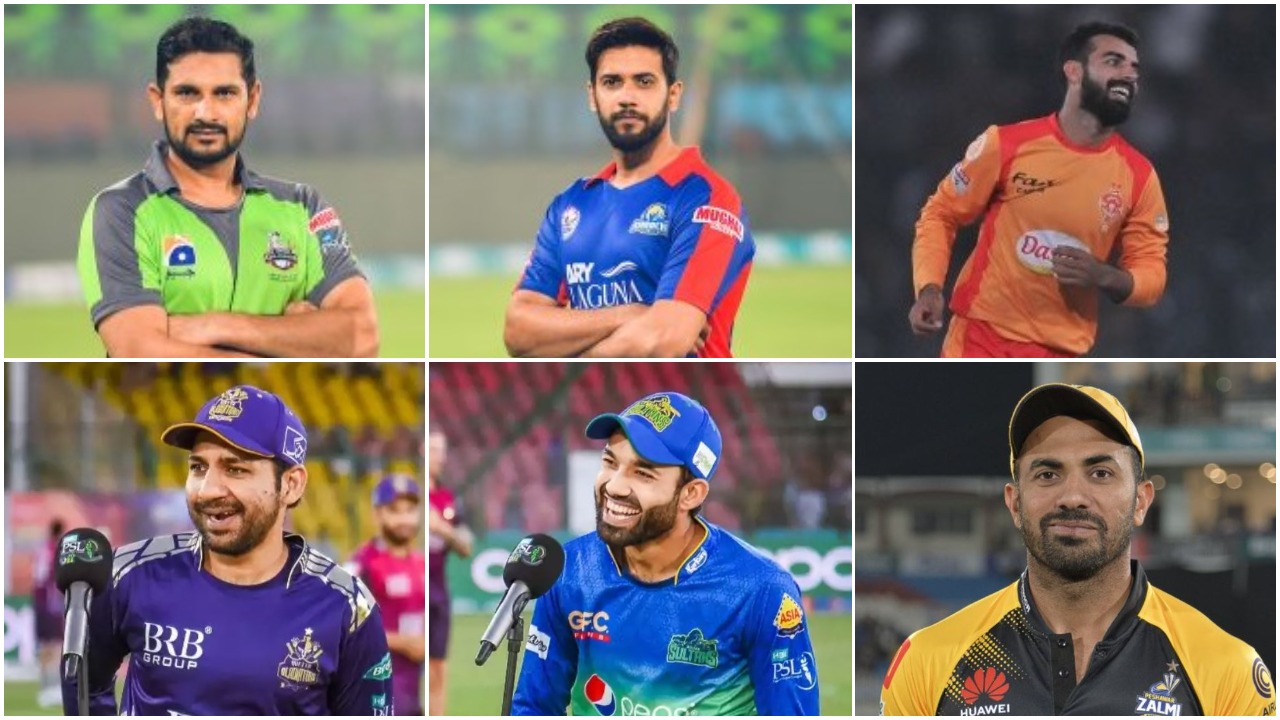 Srinagar, May 21: All the six captains of Pakistan Super League (PSL) franchisee teams have expressed thier excitement over the final decision on resumption of PSL 6 at Abu Dhabi, UAE.

The PSL, which was earlier scheduled for February and March, was suspended after coronavirus broke into the bio-secure bubble, leaving players and officials affected.

However, after much deliberation over the venue, it was confirmed that Abu Dhabi has been locked in as the final venue for the sixth edition of the tournament.

Karachi Kings sit on top of the table with six points from five matches. Interestingly, all top four teams including Karachi Kings, Peshawar Zalmi, Islamabad United and Lahore Qalandars have six points, though Karachi sit on top with a better net run rate.

Multan Sultans are placed on the fifth spot with two points from five games while Quetta Gladiators, under the captaincy of Sarfaraz Ahmed, are on the last place.

“The Pakistan Super League 6 restart is great news for both the players and especially the fans,” said Karachi Kings Imad Wasim in a statement issued by the PCB. “We were at the top of the points table in Karachi and would like to be able to sustain the run of form in Abu Dhabi too.

“I am pleased with our replacements, especially Martin Guptill and Thisara Perera who have tons of T20 experience and have been proven match winners, as well as Najib, to add to a phenomenally gifted local core, led by our batting maestro Babar Azam.”

Peshawar Zalmi skipper Wahab Riaz said he was pleased over the replacements as some players had to opt out due to other commitments. “We are really excited about the resumption of the Pakistan Super League 6. Like the rest of the sides, we also have a rejigged squad in terms of our foreign players.

“We are pleased with our replacements as the trio of Fabian Allen, Fidel Edwards and Rovman Powell provide us with good T20 options. We have some seasoned T20 campaigners, Shoaib Malik, Imam-ul-Haq and Kamran Akmal provide us with that experience and skill in the batting department backed by young Haider Ali.”

“In the prevailing pandemic challenges, the return of the PSL 6 is a massive boost for all of us,” said Islamabad skipper Shadab, who will be making a comeback after an injury. “We have great memories of playing in the UAE, United of course won its first title there in 2016. The 2017 season proved to be a life changing one for me there, now four years later, I am really looking forward to leading my side in Abu Dhabi.

“We had an excellent run in Karachi and I am confident that the team will do equally well in Abu Dhabi. Usman Khawaja provides us good foreign batting support and I am sure he will be useful for us in the top-order.”

Lahore Qalandars captain Sohail Akhtar said his side have a great chance to secure a place for the play-offs: “The Karachi-leg was incredibly competitive and despite our fourth-spot we are joint on points with the three teams ahead of us. This means that we have a real shot at one of the four play-off berths and that is really exciting. This year also provides us the opportunity of changing our poor run in the UAE where we struggled to make an impression in the previous editions, we have some incredible local talent with a potent bowling attack which makes me very confident.

“As a captain, I am thrilled to have players like Fakhar Zaman, Mohammad Hafeez, Shaheen Shah Afridi and Haris Rauf in our ranks, they provide real firepower and depth to our squad. Callum Ferguson and James Faulkner lead the line-up of our foreign replacements and we have a quality roster overall as we look forward to welcoming them in Abu Dhabi.”

Mohammad Rizwan, the Multan Sultans skipper said: “We had a tough run in Karachi, but we have the depth and pedigree in our squad to turn the tables around when we resume the action in the UAE. We would need to hit the ground running and produce the wins straight away to stay in contention for a play-offs spot and that is a challenge that will motivate both me and my squad.

“Obed McCoy and Rahmanullah Gurbaz provide us depth as our foreign replacements for the Abu Dhabi-leg.

Quetta Gladiators captain Sarfaraz Ahmed said: “The Karachi-leg was a challenging one for us as a team but we took a significant step in the last match before the suspension by becoming the first side to successfully defend a target in the Pakistan Super League 6. The last result is a positive that we will carry with us in Abu Dhabi, UAE has been a great venue for us as we have done outstandingly well there in the past.

“The conditions and the nature of the pitches have always suited us and we would really want to make it count as we cannot afford a slip-up. We look forward to welcoming Andre Russell to our ranks, his presence, rich T20 experience and sheer star power will definitely help us in the remainder of the tournament.”