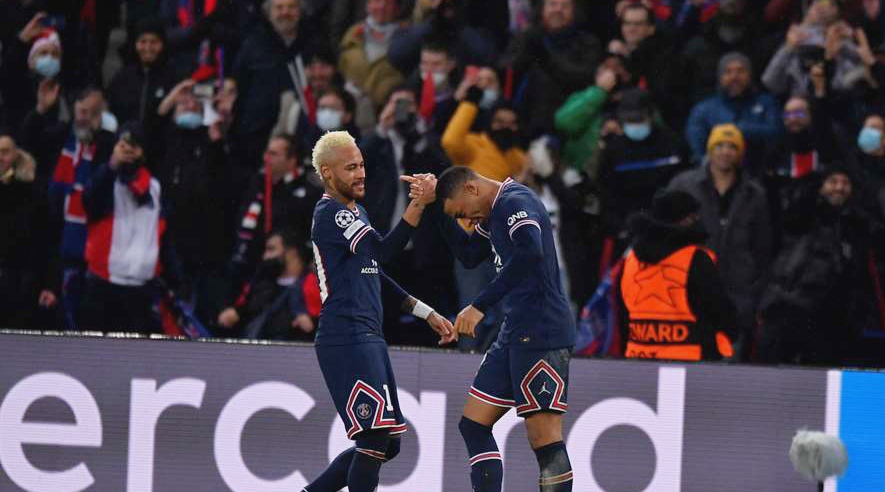 After taking a back-heeled pass from substitute Neymar in the fourth and final minute of stoppage time of the first leg, Mbappe cut inside two players down the left and shot the ball between the legs of goalkeeper Thibaut Courtois.

“I got free and then it’s a one on one. The forward is always the master of the penalty area when the defenders start backing off,” Mbappe said. “I decided where I wanted to go.”

Mbappe does not expect his team to sit back and defend in the return leg, as Madrid mostly did in Paris and got punished.

You have to keep playing,” he said. “We’ll have to do the same in the return leg. We’ll go there to win.”

Although it was a great finish, the sudden attack happened because Madrid somehow gave the ball away under no pressure in midfield instead of clearing it easily wide or long.

“We lost a stupid ball, Mbappe skips by two and manages to get the ball under me,” Courtois said. “It’s tough to take but we didn’t play well.”

PSG has never won the competition while record 13-time champion Madrid hasn’t reached the final since completing a straight hat trick of European Cups in 2018.

Messi had earlier seen a penalty saved by Thibaut Courtois as PSG dominated but looked set to head into the second leg frustrated.

Madrid will be without Casemiro and Ferland Mendy for the second leg at home on March 9. They were both shown yellow cards and will be suspended for collecting three yellows in the competition.