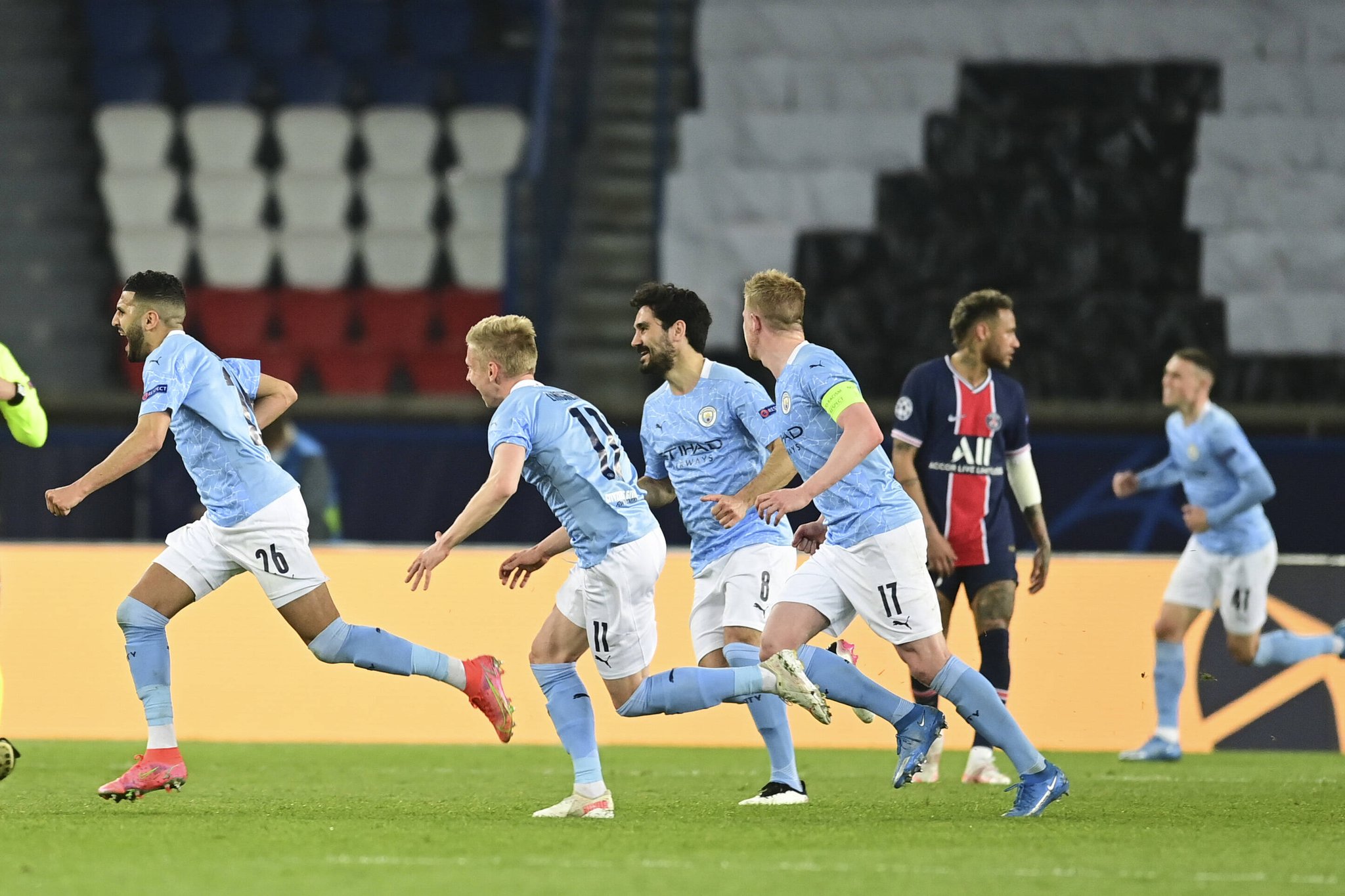 Paris, April 29: Pep Guardiola led Manchester City look altogether a different side this season as they took one step closer to book thier place in thier first ever Champions League final after getting better off hosts Paris Saint Germain (PSG) in the first leg of semifinal clash by 2-1 on Wednesday .

It was spirited comeback win for Manchester City who at half time were trailing by 1-0.

In the first half, though City had more possession but PSG had created more chances and had more shots on the goal.

PSG went ahead courtesy of a Marquinhos header in the first half, but Mauricio Pochettino’s side lost control after the break with De Bruyne and Mahrez finding the back of the net in the space of eight minutes to secure City’s 18th consecutive away win in all competitions.

Last year’s runners-up PSG then found themselves with a higher mountain to climb as midfielder Idrissa Gueye picked up a straight red card in the 77th minute for a reckless challenge on Ilkay Gundogan.

Marquinhos, returning to the team from an injury suffered in the quarter-final first leg against Bayern, put the hosts in front when he headed home Angel Di Maria’s whipped corner in the 15th minute.

City, overly cautious for fear of being punished on the break, were again exposed on a set-piece when Leandro Paredes headed Neymar’s corner just wide.

Guardiola’s side lacked their usual composure, with Joao Cancelo picking up a yellow card for a woeful challenge on Kylian Mbappe.

The visitors were more attack-minded in the second half and they equalised after 64 minutes when De Bruyne, from a pass by Oleksandr Zinchenko who had just replaced Cancelo, sent in a cross and Navas failed to react as it curled into the far corner of the net.

Navas was beaten again seven minutes later when Mahrez’s free kick flew straight through a flimsy PSG wall and past the helpless Navas.

Gueye’s dismissal for a wild tackle on Gundogan made City’s task easier and they will take a big advantage into the second leg in Manchester.