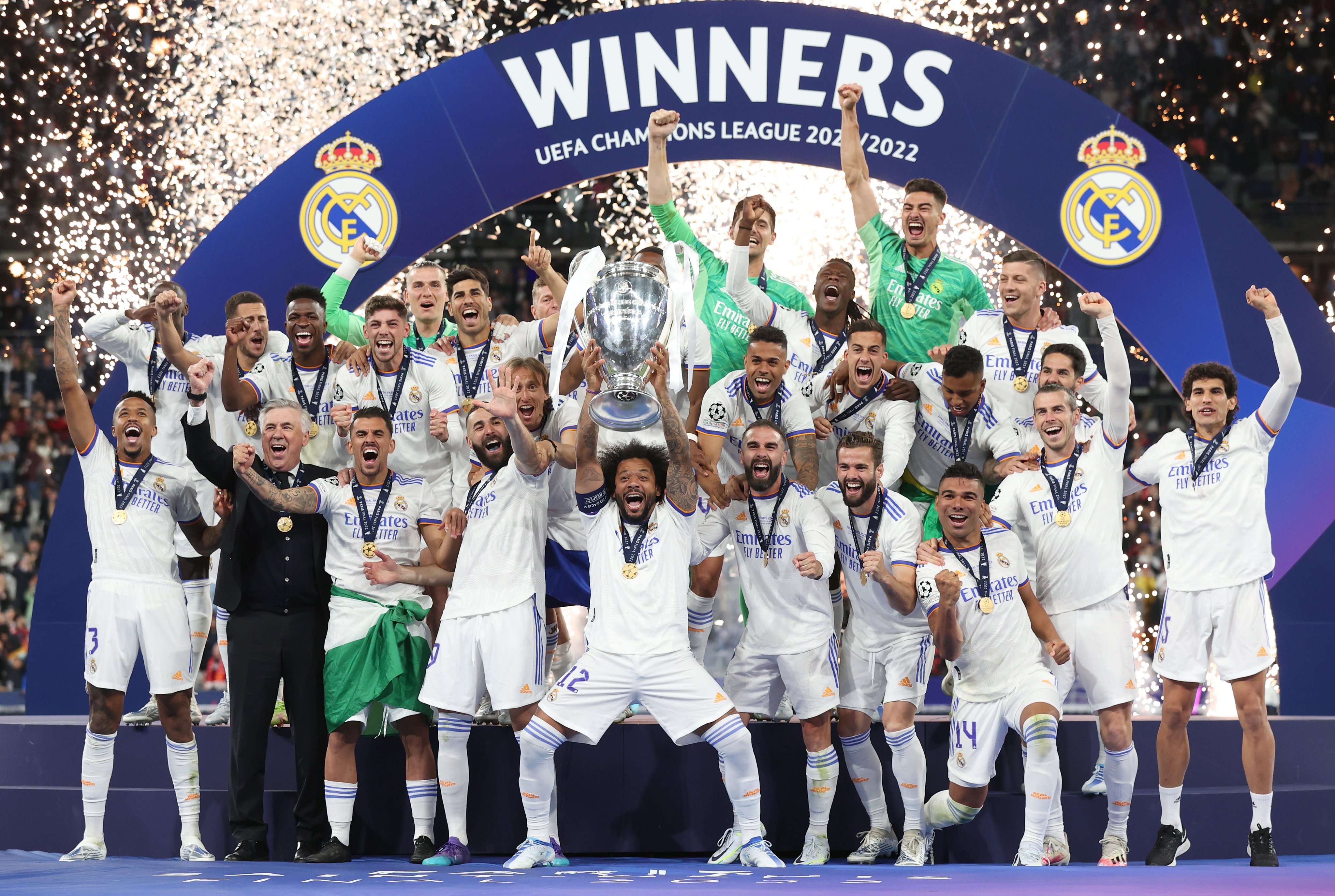 Paris, May 29: Real Madrid bagged their 14th Champions League title after beating Liverpool 1-0 at the Stade de France in Paris on Saturday night. A solitary Vinicius Jr. goal just before the hour mark proved decisive in a 1-0 win.

The match was delayed by 36 minutes at the start after disturbing scenes outside the stadium with many Liverpool fans bottle-necked near the turnstiles, pepper spray and tear gas was used and clashes broke out after full-time on the way to the metro station.

Brazil winger Vinícius Júnior was the match-winner, applying a close-range finish in the 59th minute from Federico Valverde’s drive across the face of goal, while goalkeeper Thibaut Courtois took just as many plaudits by making breathtaking saves by Sadio Mane and Mohamed Salah.

“Today nobody was going to get in my way,” Courtois said. “I was going to win a Champions League no matter what.”

It was fourth European title for Madrid coach Carlo Ancelotti, the most ever for a manager in the competition’s history, and completed the Champions League-La Liga double for a Spanish giant for whom winning titles is ingrained in its culture.

This time, there was no need for the kind of stirring comeback that Madrid had to produce in getting past Paris Saint-Germain, defending champion Chelsea and Manchester City in the knockout stage.

“We are the best,” Madrid striker Karim Benzema said. “It was a very difficult competition for us and we deserved to win this final. With all the history this team has, we showed everyone that we are always here.”