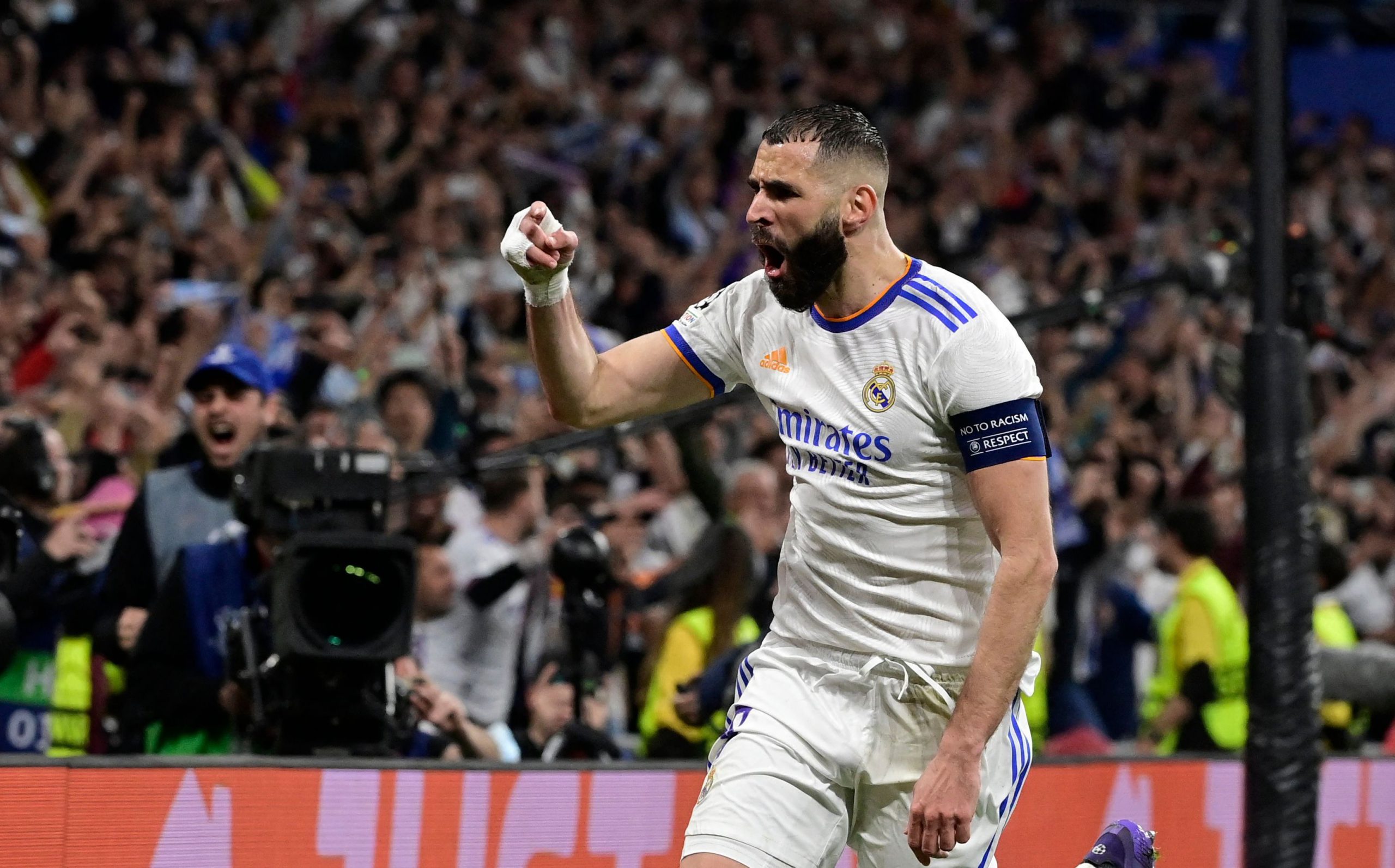 Srinagar, May 5: Spanish football giants Real Madrid continued its fairytale story of making stunning Champions League comebacks intact as they made another brilliant comeback to beat Manchester City on way to final.

On Wednesday, rallying late with two goals in two minutes by substitute Rodrygo to force extra time, Real Madrid defeat Manchester City 3-1 to reach the final — a showdown with Liverpool.

Karim Benzema, the hero of Madrid’s previous comebacks this season, converted a penalty kick in extra time for the decisive goal that allowed Madrid to advance 6-5 on aggregate after a 4-3 first-leg semifinal loss in which it escaped losing by a bigger margin.

Wednesday’s game started tighter than last week’s back-and-forth first leg in Manchester, but City eventually opened the scoring when Mahrez found the top corner with a firm left-footed one-timer from inside the area following a pass by Bernardo Silva, who attracted the Madrid defenders before feeding the ball to his teammate.

By beating City, Madrid booked a spot in the May 28 final in Paris against Liverpool, which advanced after defeating Villarreal on Tuesday. Madrid had defeated Liverpool in the 2018 final, when the Spanish powerhouse clinched its record-extending 13th title.

“I cannot say we are used to living this kind of life, but what happened tonight happened against Chelsea and also against Paris,” Madrid coach Carlo Ancelotti said. “If you have to say why, it is the history of this club that helps us to keep going when it seems that we are gone.”

“We were close but at the end we could not reach (the final),” Guardiola said.