The game that was mostly dominated by City saw Paris Saint Germain (PSG) forwarded line getting frustrated with City defense line mounting a solid wall to thrawt any of thier attack. Angel Di Maria was also sent off in the process as Manchester City emerged winner bu 4-1 aggregate on Tuesday to process into final that is going to be played in Istanbul.

“Then they lost their nerve and started to kick us and it was good,” Mahrez was quoted as saying after the match. “They had the red card and after it was more comfortable for us.”

It’s been anything but comfortable for City getting a shot at lifting European football’s top prize for the first time despite 13 years of lavish investment.

Even reaching this semifinal required a fight in court to overturn a ban from this season’s Champions League for breaching UEFA’s financial rules.

And it’s only two weeks since the Abu Dhabi-owned team exposed itself to fresh sanctions for joining a brief, ill-fated bid to split to form a breakaway European Super League.

It is also first time since leaving Barcelona that Pep Guardiola would be having his team in Champions League final.

Having seized control of the tie with a superb performance in last week’s first leg, Pep Guardiola’s side delivered another outstanding display and the Algerian was again the match-winner as he was in Paris.

After Ederson’s superb 60-yard pass got City moving in attack, Mahrez reacted quickest to Kevin De Bruyne’s deflected shot and slid the ball under Keylor Navas from a tight angle to tighten our grip on the tie in the 11th minute.

The winger put the contest beyond doubt just after the hour mark as he tapped in Phil Foden’s cross at the far post to finish off a slick counter-attack shortly before Angel Di Maria received a straight red card for kicking out at Fernandinho after the two players exchanged words on the sideline.

PSG saw a penalty – awarded for a suspected handball by Oleksandr Zinchenko – overturned by VAR with the scores at 0-0, whilst Marquinhos sent a header crashing against the crossbar and Di Maria curled a 20-yard effort inches wide when Ederson was caught out of position.

Despite Mauricio Pochettino’s side pouring forward in attack, that was as close as they come to scoring, with the superb form of our back four thwarting their efforts in the final third.

City can now look forward to facing Real Madrid or Chelsea in the final and it is no more than we deserved after a brilliant performance over the two legs which highlight how far we’ve come in this competition. 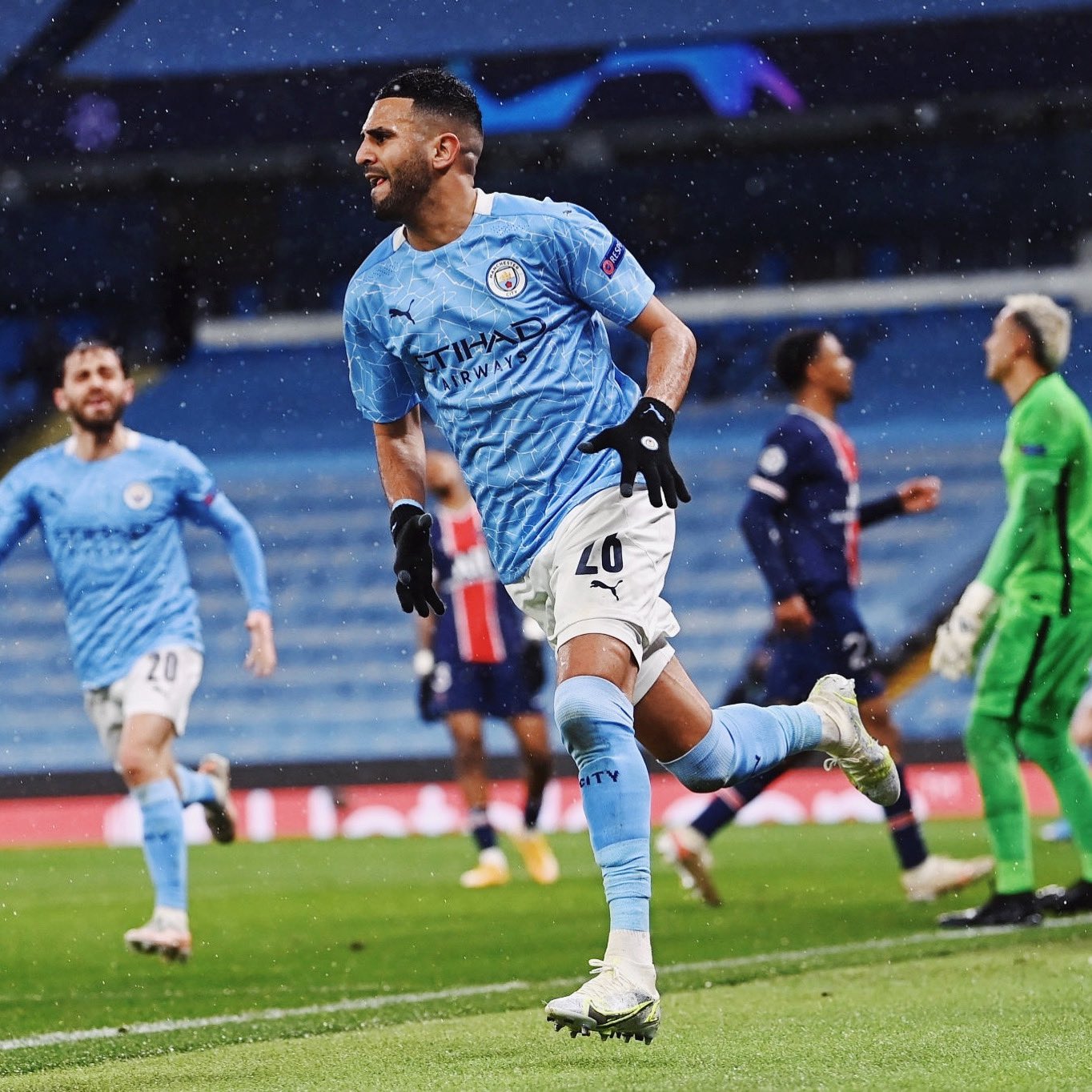