The 22-year-old reduced the Netherlands to 51 for six before Mark Adair mopped up the tail to leave Ireland needing just 107 to win.

Paul Stirling anchored Ireland’s chase and Gareth Delany provided the firepower to give Ireland a first win at an ICC T20 World Cup since 2014.

Having won the toss and chosen to bat, the Netherlands continued the theme of the tournament so far with one of their openers getting out for a duck.

Ben Cooper was run out as Max O’Dowd set off for a quick single from the non-striker’s end and Cooper was so far from safety Paul Stirling could take two attempts to dislodge the bails.

The Netherlands reached their 50 in the ninth over and looked to be making steady progress towards the halfway mark before Curtis Campher came on for his second over.

His spell began inauspiciously with a wide but five balls later he had four wickets in four balls and had reduced the Netherlands to 51 for six.

Campher saw off Colin Ackermann for 11 runs before sending veteran Ryan ten Doeschate back to the hutch out lbw. After a review, Scott Edwards was consigned to the same fate before Roelof van der Merwe dragged the ball onto his stumps.

The Netherlands needed rescuing and opener O’Dowd took on that responsibility, crunching back-to-back boundaries off Ben White to move their total to 71 for six from 13 overs.

O’Dowd brought up his half-century off 44 balls seemingly undeterred by the devastation he had just witnessed, but he was not immune to error either, slashing the ball to long-on to depart for 51.

There was still time for more drama as Mark Adair looked to one-up Campher, taking the two of the final three wickets, with a run-out sandwiched in between, to reduce the Dutch to 106 all out and earn himself figures of three for nine.

Needing less than a run a ball, Ireland were gifted their first seven runs from extras by Fred Klaasen before powerful hitting from Kevin O’Brien and Stirling showed Ireland’s intent to wrap up the victory quickly.

O’Brien was caught by Logan van Beek going for a huge heave and a similar end befell captain Andrew Balbirnie who attempted to smash a third four in a row, but his shot was instead snaffled by Van der Merwe.

Gareth Delany joined Stirling out in the middle as a more cautious approach was taken in chasing down the total, bringing up Ireland’s half-century in eight overs.

The pair brought up their 50 partnership in the 12th over, Delaney doing much of the heavy lifting as Ireland looked to score at a decent pace, having missed out on the knockout stages in 2014 due to a low net run rate.

Delany would be dismissed by Pieter Seelaar for 44 with Campher then on hand to steer Ireland home, a victory entirely of his own making. 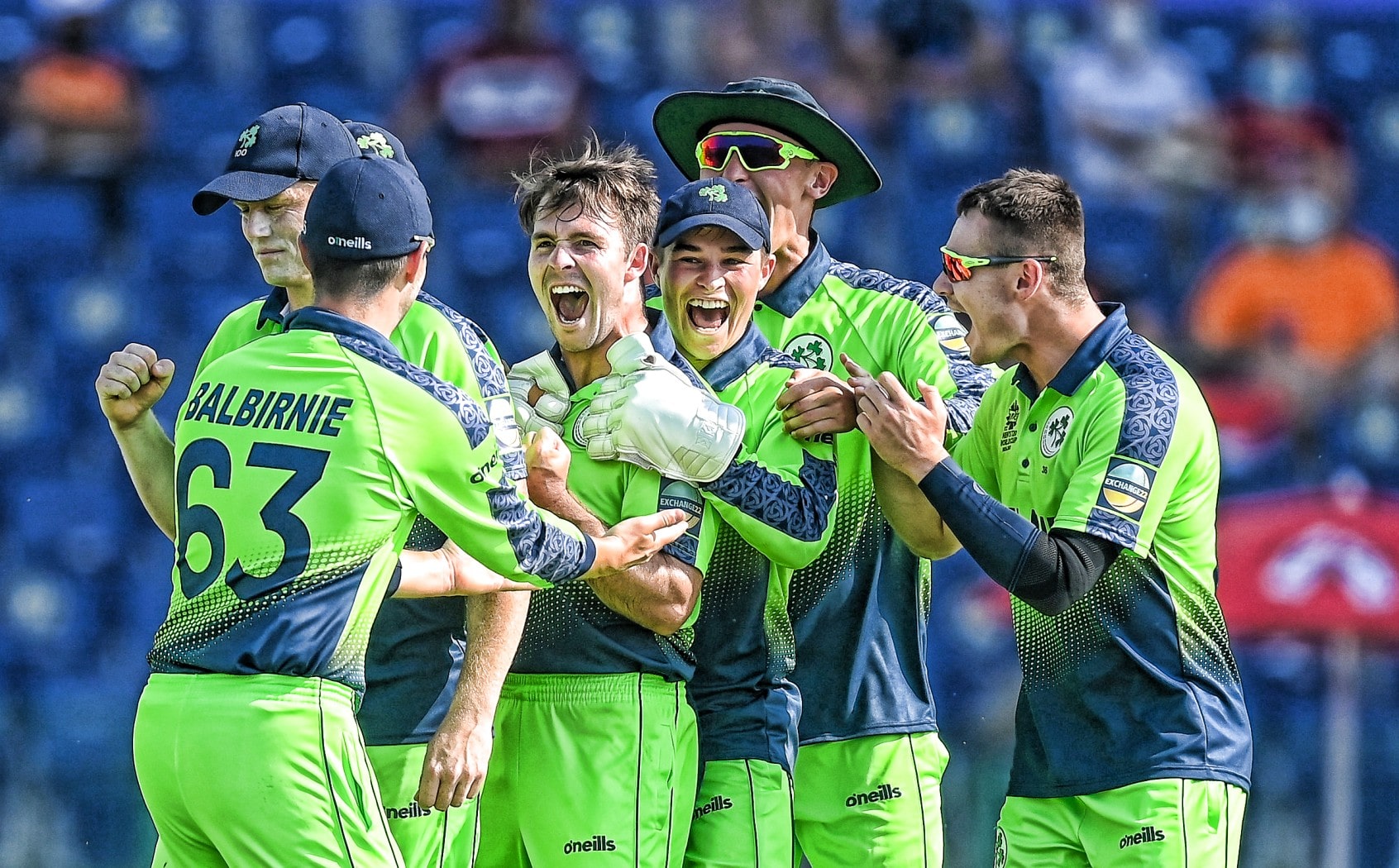