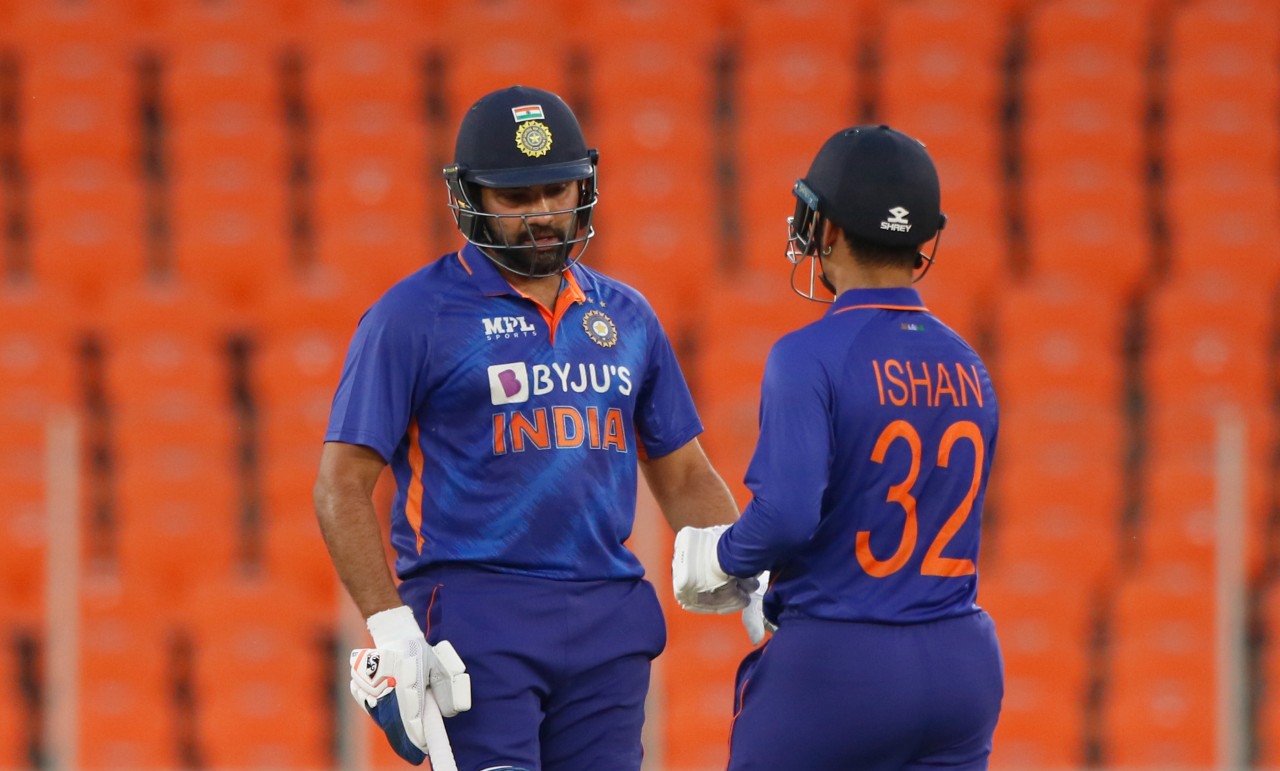 Ahmedabad , Febuary 6: India delivered a thoroughly professional performance on Sunday as they defeated West Indies by six wickets in the first ODI of the three-match series in Ahmedabad.

Skipper Rohit Sharma led from the front with an innings of 60 off 51 deliveries at the top of the order, putting on an opening stand of 84 with Ishan Kishan. India, however, faced some hiccups in the middle as they lost four wickets in quick succession after that.

Once Rohit departed, India lost Kishan, Virat Kohli and Rishabh Pant in the space of just four overs. But Suryakumar Yadav and debutant Deepak Hooda put on a stand of 62 runs for the fifth wicket and took India home safely, thus helping the hosts chasing down the target with six wickets and 22 overs remaining.

Earlier it was the Indian captain Rohit Sharma who won the toss and elected to bowl first. Mohammed Siraj gave them an early breakthrough as he cleaned up Shai Hope in the third over. Brandon King and Darren Bravo tried to steady the ship thereafter but Washington Sundar dismissed both of them in the 12th over, putting an end to their 31-run stand.

Wickets kept falling at regular intervals after that. Leg-spinner Yuzvendra Chahal was brought into the attack and he got rid of the dangerous Nicholas Pooran and Kieron Pollard in his very first over. Pooran’s wicket helped Chahal to reach the milestone of 100 ODI wickets. He also dismissed Shamarh Brooks in his very next over, and Prasidh Krishna claimed the wicket of Akeal Hossein after that to leave West Indies reeling at 79/7.

The end look very near for West Indies but Jason Holder and Fabian Allen pulled off a superb rescue effort as they added 78 runs for the eighth wicket. The partnership came to an end when Allen was out caught and bowled by Sundar for 29. Holder carried on for a while and completed his fifty but Krishna brought an end to his fighting knock as he was out caught behind for a superb knock of 57. West Indies didn’t last long after Holder’s dismissal and were ultimately bowled out for 176.

Chahal was the pick of the Indian bowlers, registering figures of 4/49. Sundar was impressive too, with figures of 3/30 to his name. Chahal was deservedly named as the Player of the Match for his superb bowling effort. India will take on West Indies in the second ODI again on 9 February.