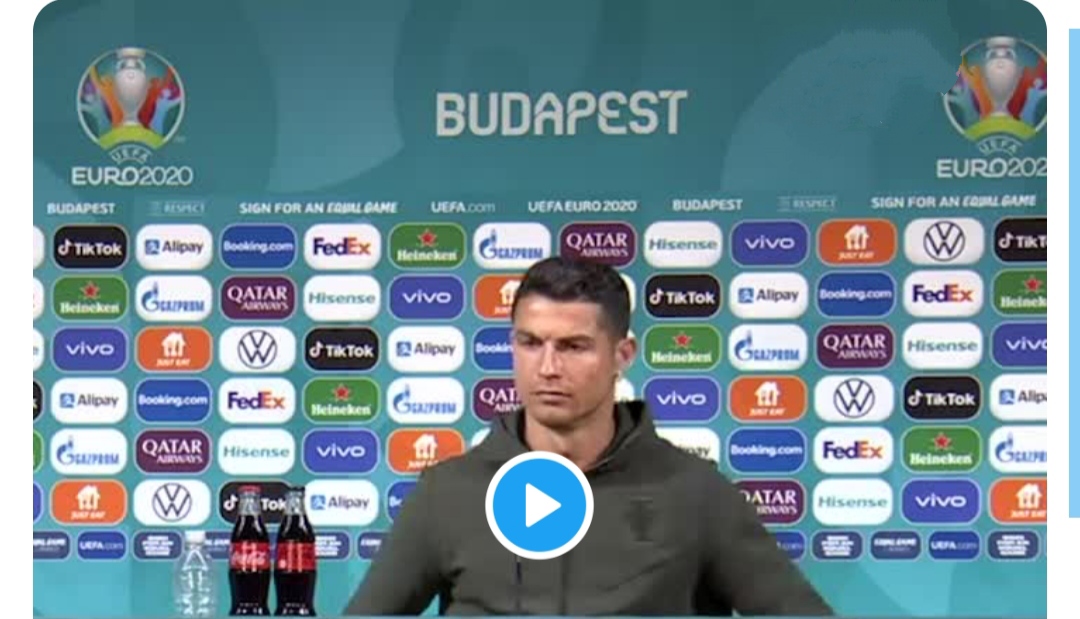 In a pre match presser at Euro 2020, Portugal star, moved away two bottles Coca Cola and gestured by holding bottle of water on his hand.

He followed it by holding a bottle of water before shouting in Portuguese: ‘Agua!’

In fact, the CR7’saction had a real-world impact as Coca-Cola’s stock prices dropped 1.6% as they went from being worth USD 242 billion to USD 238 billion, which is a loss of USD 4 billion, according to a report in The Daily Star.

Coke is a sponsor of Euro 2020. Marca reported that the company’s shares took a dive, and meant billions of dollars in losses.

The stock market opened at 3pm in Europe. At that time, the Coca-Cola share was close to 56.10 dollars. 30 minutes later, when Cristiano Ronaldo and Fernando Santos stepped into the press room at the Puskas Ferenc Stadium in Budapest, stocks plummeted to a low of $ 55.22 per share.

Meanwhile Ronaldo though netted twice against Hungary to move beyond France’s Michel Platini as the record goalscorer at EUROs, taking his tally to 11 at the Puskas Arena.