Abu Dhabi, June 12: An unbeaten 137-run partnership for the opening wicket between Colin Munro and Usman Khawaja gave Islamabad United an emphatic 10-wicket win over Quetta Gladiators in the 18th fixture of the HBL PSL 6 at Sheikh Zayed Cricket Stadium in Abu Dhabi on Friday night.

Chasing 134 to win, the openers Munro and Usman hammered Gladiators to all parts of the ground and chased down the target in the 10th over.

Munro scored 90 off 36, hitting 12 fours and five gigantic sixes, while his partner Usman scored 27-ball 40, which included six fours and a six.

Gladiators who suffered their fifth loss, continue to languish at the bottom of the six-team table with a mere two points from six matches (one win, five defeats).

During the match, Naseem Shah was brought in as a concussion replacement for Andre Russell who was hit by a bouncer from Musa Khan during the 14th over of Quetta’s batting.

Earlier, after being put into bat by United captain Shadab Khan, the Gladiators were bowled out on the last ball of their 20 overs for 133.

The Gladiators lost wickets at the regular intervals as only four batsmen managed to reach double figures.

Jake Weatherald who made his HBL PSL debut today, top-scored with 43 off 35 balls, laced with three fours and two sixes. The left-handed batsman contributed 39 runs for the third-wicket partnership – the best of the innings with Azam Khan (26 off 23, two fours, one six). 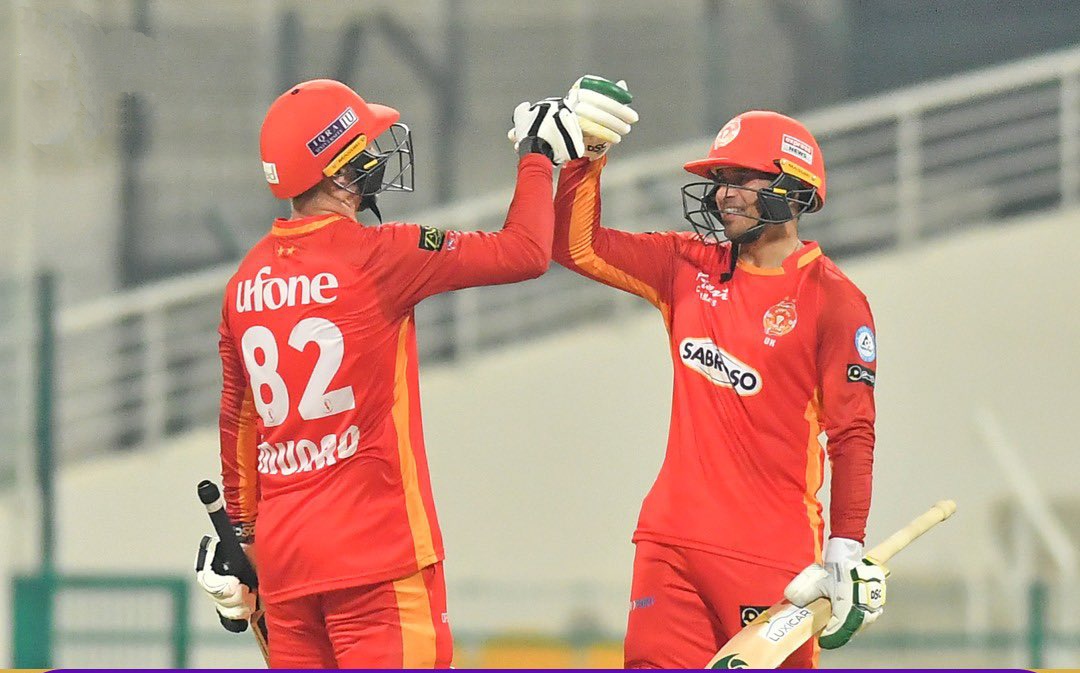