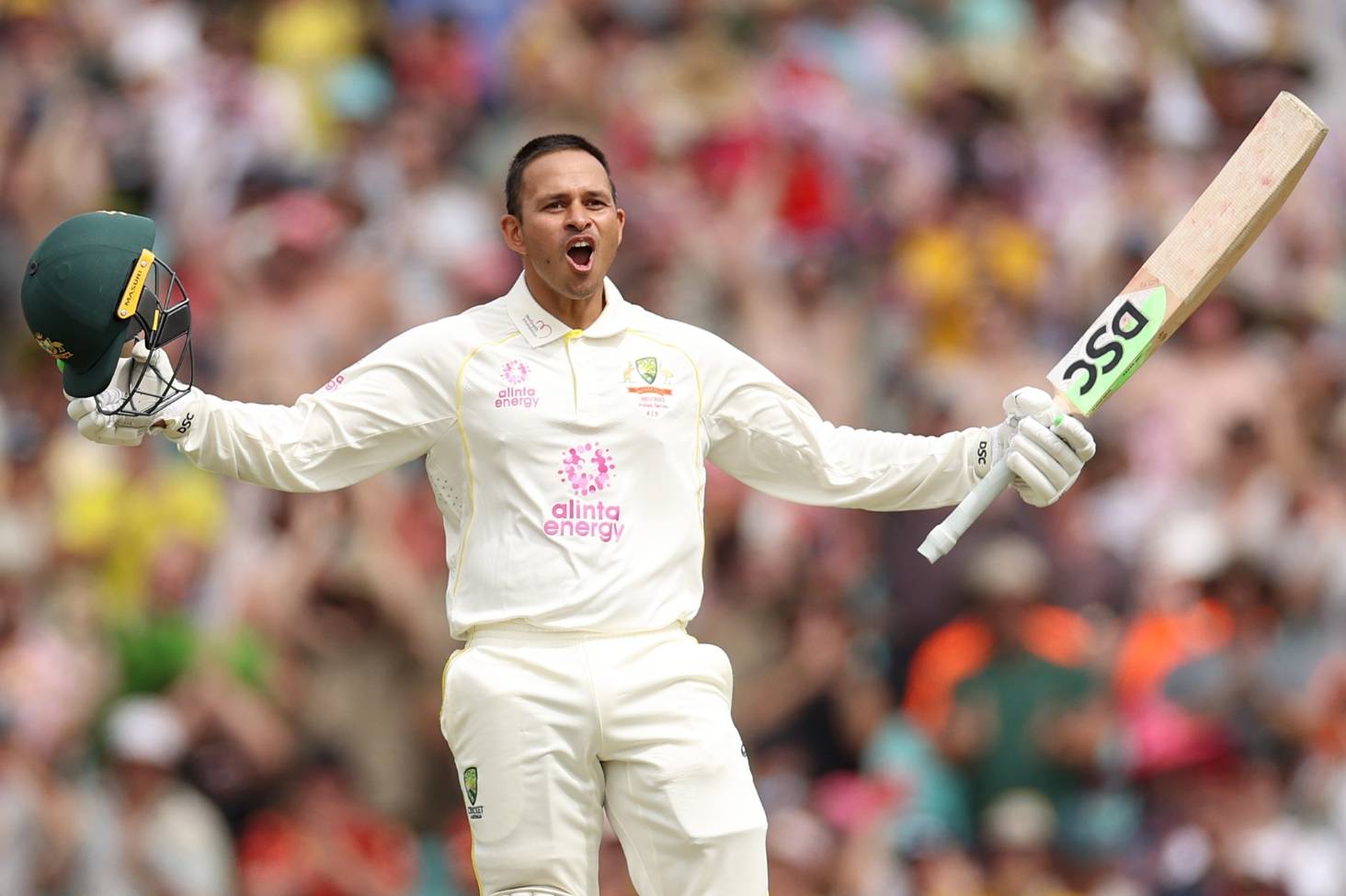 Sydney, January 6: Returning to the SCG where he made his Test debut, Usman Khawaja made an emphatic century to help Australia on the second day of the fourth Test.

Australia negotiated tricky spells of rain and inconsistent bounce on the SCG wicket, passing 400 largely thanks to Khawaja’s 137 from 260.

The hosts declared at 416/8, with England finishing the day unscathed at 13/0 when stumps were called.

With day one and the morning session of day two marred by inclement weather and a number of delays, Australia began the day strongly, as Khawaja combined with Steve Smith in a partnership of 115.

After surviving an lbw shout against Stuart Broad, Smith fell to his adversary for (67), with the English quick ever-effective with the second new ball.

Broad was the pick of the bowlers for the tourists, also taking the wicket of Cameron Green (5) who edged to Zak Crawley at third slip.

Mark Wood, who picked up the wicket of Marnus Labuschagne yesterday, complimented Broad effectively, even without reward. As he built pressure, Joe Root made a breakthrough coming on at the other end, taking the wicket of Alex Carey (13). On the sweep, the wicket-keeper top-edged his attempted sweep to mid-on, and into the hands of Jonny Bairstow.

Khawaja gave up a tricky chance earlier in the day on 28, though his outside edge off Jack Leach was dropped by the England skipper who couldn’t adjust to a deflection off the thigh of keeper Jos Buttler.

Khawaja cashed in on the chance, breezing past fifty and moving through the eighties with ease and control. A pull-shot off Wood moved him into the nineties in his home town, and as Pat Cummins found a single in the last over before tea, Khawaja nudged into the leg-side to make his ninth Test hundred. Fittingly, Khawaja’s other century at the SCG also came on January 6 in 2018.

Khawaja continued in spite of losing his batting partners, piecing together partnerships with Cummins (24) and Starc (34*), accelerating towards 400.

Khawaja would eventually fall for Stuart Broad’s fifth wicket on 137, only for Nathan Lyon to provide late fireworks in a 16* (7) cameo.

Cummins made the declaration, giving his team five overs to make early inroads.

Haseeb Hameed and Zak Crawley moved their team through the tricky period, ending the day 13/0.