Srinagar, 26 August: Innovations are part and parcel of Modern day cricket and with every passing year or phase , we see new technologies and innovations introduced.In line with that Caribbean Premier League (CPL) is set to introduce -Smart Ball- to make it a completely different ball game.

The Smart Ball used in the tournament instead of the traditional ball, developed by sports technology company Sportcor in collaboration with leading ball manufacturer Kookaburra. It will be the first time such kind of a ball will be used in a professional league.

So here is below details as explained by First Post

So, let’s get straight to the point. What is this Smart Ball?

The smart ball is kind of an intelligent ball that has an electronic chip embedded in it. The chip with sensors sends information such as speed, spin, power in real-time which can be viewed on a smartwatch, mobile or a tablet or computer/laptop via a specially designed app. The data can then be used to analyse, compare, broadcast and recognise talent.

Does the Smart Ball behave differently as compared to the regular Kookaburra ball?

and had it third-party verified. The ball’s been used in a blind test in Australian cricket in a Marsh Cup 50-over match where the balls were used in the match just to have a look and see if there was any reaction from the players. And there was none. So we’ve had everything verified and measured. All we’ve done is replace the cork rubber compound. It’s in the centre of the cricket ball. And matched it perfectly (with the chip).”

What are the data points that the Smart Ball provides currently?

Speed, spin, and power. The unique thing about the ball is it gives the spin and speed of the ball post bounce as well. The other technologies available right now record speed at the point of release of the ball and before hitting the pitch. Smart Ball has the following in-depth data points

For Full Report check below Link 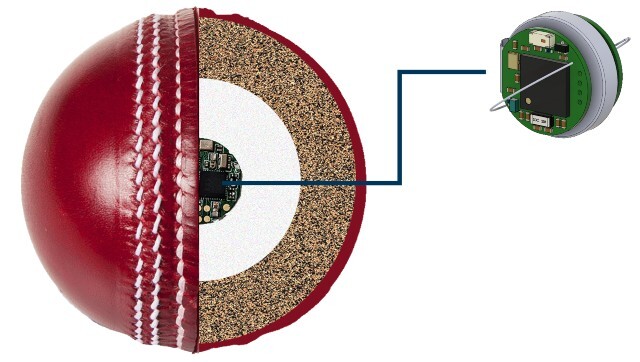