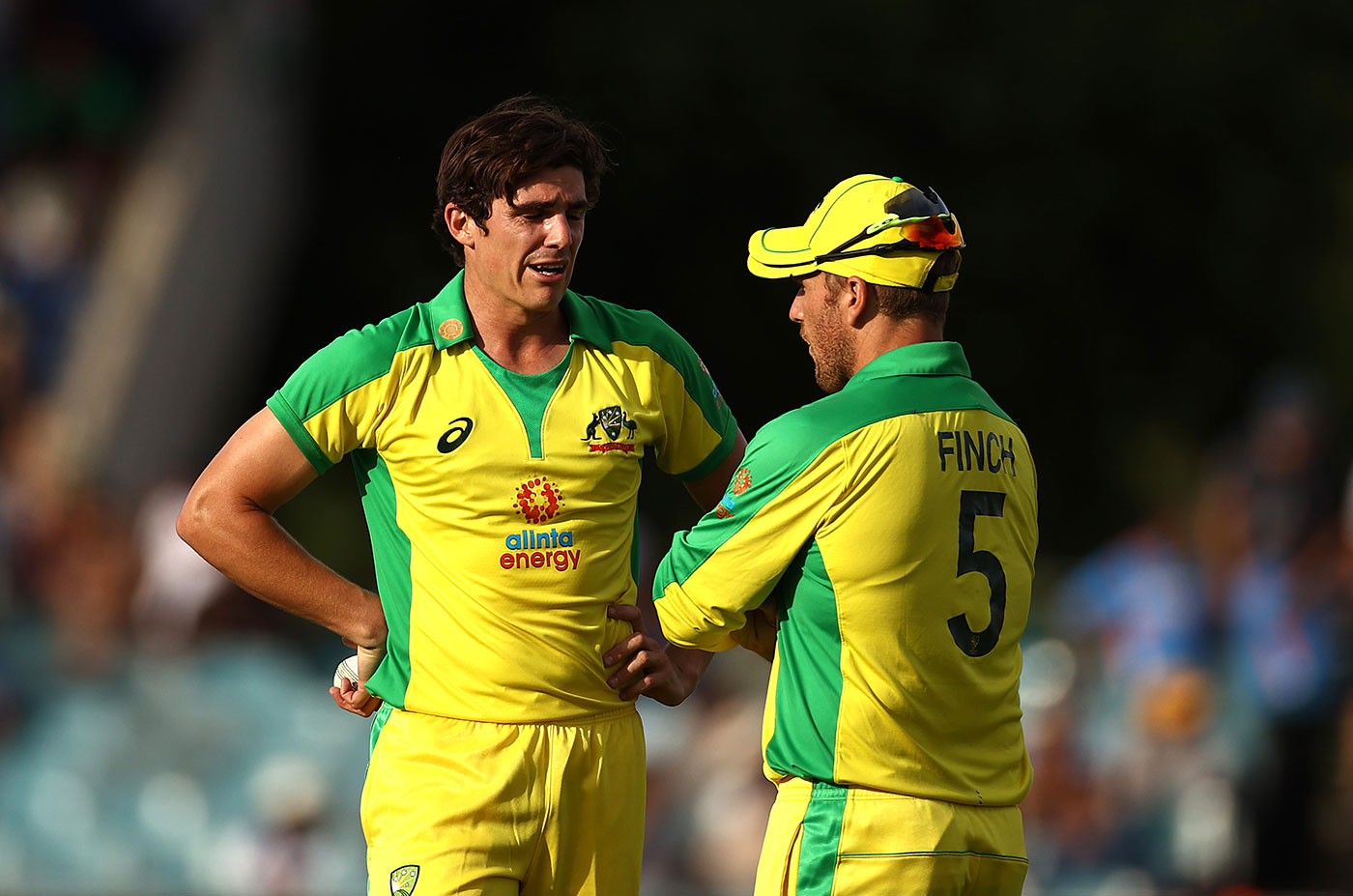 Steve Smith , Marnus Labuschagne and Travis Head have been included in Australia ‘s white ball squad for the upcoming limited-overs tour of Pakistan.

While pace trio Pat Cummins, Josh Hazlewood and Mitchell Starc and opener David Warner will feature during the Test component of the tour, the quartet will sit out the three Cricket World Cup ODI Super League matches and the one-off T20I.

Fellow limited overs specialist Glenn Maxwell will also skip the white ball series, with the veteran all-rounder taking time off for his wedding.

Instead, Australia has opted for a versatile 16-player squad that will once again be led by experienced opener Aaron Finch and will feature a bevy of star players.

Test batters Steve Smith, Marnus Labuschagne and Travis Head have all been named in the white ball squad, with Ben McDermott likely to be given another chance at the top of the order in the absence of Warner.

With Cummins, Hazlewood and Starc to sit out the white ball tour, Australia’s fast bowling stocks will be reliant on the likes of Sean Abbott, Jason Behrendorff, Nathan Ellis and Kane Richardson.

All-rounders Marcus Stoinis, Mitchell Marsh and Cameron Green will provide some versatile options for selectors, while the ever-reliable Adam Zampa and Ashton Agar have been named as spinning options.

Australia’s National Selection Panel Chair George Bailey admitted it was a difficult task to put together the squad, but remains confident there is enough talent to mix it with the strong Pakistan side.

“We have picked a talented and versatile squad with a number of challenges to juggle, including the tour structure of predominantly 50 over games, management of several multi format players in the medium to long term; and our need to build experience and depth in preparation for two short form World Cups within the next 18 months,” Bailey said.

“We’re confident the squad can both compete successfully on this tour and continue our progress towards those crucial tournaments.”