Srinagar, Febuary 6: Cycling and adventure fraternity of Kashmir has remembered adventure cyclist Fhzal Wani, who passed away in a road accident last year on his birth anniversary .
Kashmir MTB Cycling star Fhzal died on November 16 last year in a road accident in Srinagar.
Fhzal owing to his daredevil acumen had the potential to turn in first real MTB Cycling star of Kashmir. He was adventurer who took part in various MTB event in a young age. He won MTB Off-Road Under-17 championship in 2017 in Srinagar. In 2019, he got third place in Ladakh’s Disko Valley Bike Park competition.

He also emerged winner in DH MTB fest Leh. In October 2020, he had bagged fourth place in the National Downhill Championship.
Fhzal Wani was also posthumously awarded by Directorate of Tourism Kashmir and J&K Hiking and Mountaineering Club for his contribution in the promotion of Adventure cycling in Kashmir. 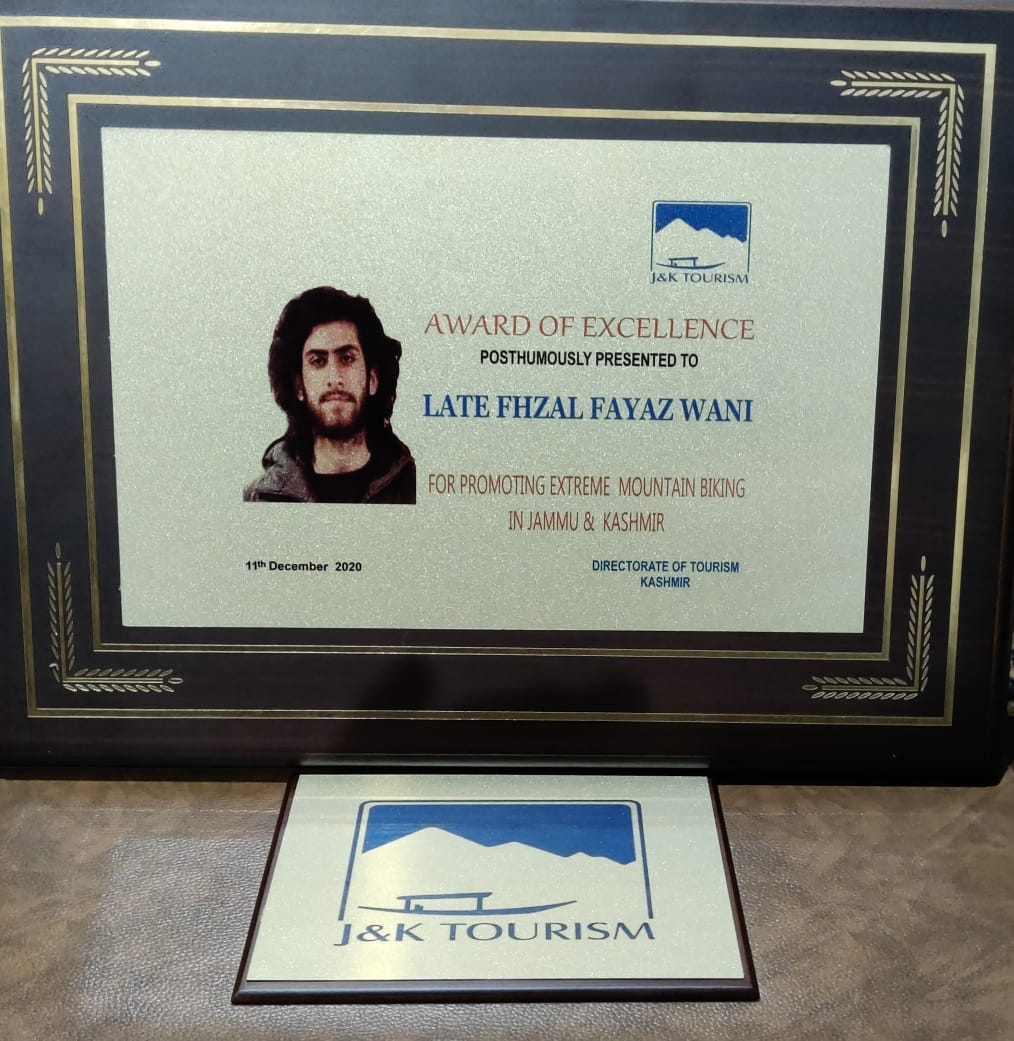