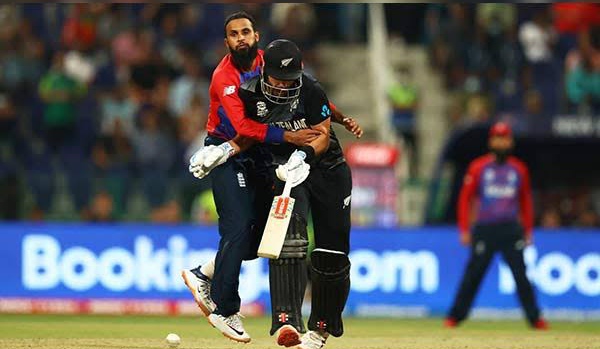 Dubai, Febuary 2: New Zealand’s Daryl Mitchell has been named the recipient of the ICC Spirit of Cricket Award after his gesture in the 2021 ICC Men’s T20 World Cup semi-final against England in Abu Dhabi.

Mitchell becomes the fourth New Zealand player to win the award, following the footsteps of Daniel Vettori, Brendon McCullum and Kane Williamson. Mitchell wins the award for refusing to take a single in the high-pressure T20 World Cup semi-final against England in Abu Dhabi on November 10, 2021.

“It’s an honour to receive the ICC Spirit of Cricket Award,” Mitchell said. “To be part of that T20 World Cup in UAE was an amazing experience, and to receive an award like this is pretty cool.

“It’s something that we pride ourselves on as New Zealanders, the way we go about playing our cricket, and yes, the Spirit of Cricket side. Personally, I felt I got in the way and we wanted to win on our own terms, and didn’t want to be controversial in such a big game.

“It paid off in the long run that we won the game. Looking back, it all happened pretty quickly.”

This spirit is described in the preamble to the laws of cricket: “Cricket is a game that owes much of its unique appeal to the fact that it should be played not only within its laws but also within the spirit of the game. Any action which is seen to abuse this spirit causes injury to the game itself.”

The preamble goes on to say: “The spirit of the game involves respect for:

In the first semi-final of the 2021 ICC Men’s 2021 T20 World Cup at the Sheikh Zayed Stadium in Abu Dhabi, England and New Zealand were locked in a tight battle to reach the summit clash. Batting first, England had posted a competitive 166/4 on the board courtesy of Moeen Ali’s half-century.

New Zealand were on course for the run chase with a well-settled Mitchell establishing a partnership with James Neesham, who was in blistering form. The incident occurred on the first ball of the 18th over bowled by Adil Rashid, with the score at 133/4.

Neesham bashed the ball down the ground and it would have been an easy single. But Mitchell, at the non-striker’s end, refused to take the run, conceding that he had impeded Rashid – in a high-pressure chase, with a place in the World Cup final at stake, Mitchell’s gesture oozed class.

Nasser Hussain, who was live on commentary during the contest, was full of praise for Mitchell saying, “That is very good. That is so New Zealand, it really is. So easy to take a run there. But the non-strike said, ‘No, I’ve got in the way of Adil.’ Anything sums up New Zealand cricket – it was that.”

Mitchell, explaining why he refused to take the single, added: “It was a pretty tight game against England in that semi-final, with only a few overs to go. Neesh (Jimmy Neesham) hit a single down to long-off I think it was, and I felt like I’d obstructed Rashid from getting to the ball.

“The game that we play, we play it because we love it. Yes, we want to win as much as we can, but we don’t want that to come about from doing things that go against the values of cricket. Spirit of Cricket is vitally important. It sets a platform for kids in the future, who will go about playing the game in the right way.

“At the end of the day, it is a game, it’s something that we love. So obviously we’re so lucky to do that.”

Eventually, New Zealand ended up winning the contest, chasing the total down with an over to spare. Mitchell who opened the batting proved to be the match-winner, playing a memorable knock of 72* in only 47 deliveries, hitting the winning runs.

New Zealand would end up as the runners-up in the tournament, falling short at the final hurdle against Australia who won the match by eight wickets.