Kashmir Sports Watch June 20, 2021 3:14 pm
In Charar-I-Sharief locals develop turf wicket on thier own
BCCI to take over JKCA

The match saw some young cricketers showcasing their skills after a long-gap of no-play. Hurair, Zaid and Zaman scored centuries while as Junaid Farooq was amongst wickets.

The players were distributed among two teams named BXI and JXI. BXI, after winning the toss, invited JXI to bat first.

The decision didn’t prove to be a right one as JXI amassed a huge total of 349 runs for the loss of 5 wickets. Hurair Sofi and Zaid Faisal scored 110 and 100 runs, respectively. For BXI, Suhaib scalped a brace of wickets.

In reply, BXI had no answer whatsoever to the opposition bowling. Despite the surface not providing enough support, JXI bowlers made it tough for them to bat.

They could make meagre 219 runs with Zaman scoring a hundred and Basit Bilal chipping in with a half-century.

For JXI, Junaid Farooq was the wrecker-in-chief, picking a 4-wicket-haul while Zaid Gulzar also ended up with a couple of wickets.

The JKCA sub-committee members including Mithun Manhas, Sunil Sethi and Anil Gupta alongside Srinagar’s in-charge Majid Dar were present at the occasion. 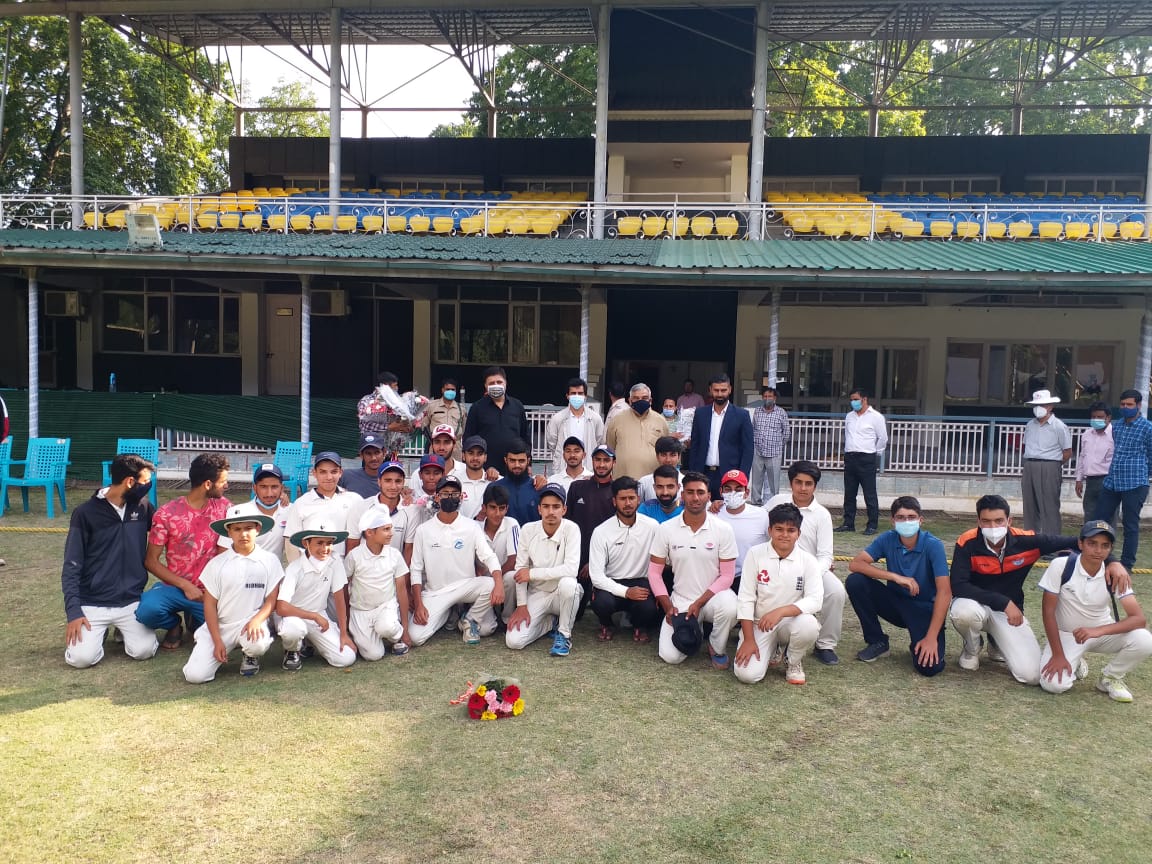