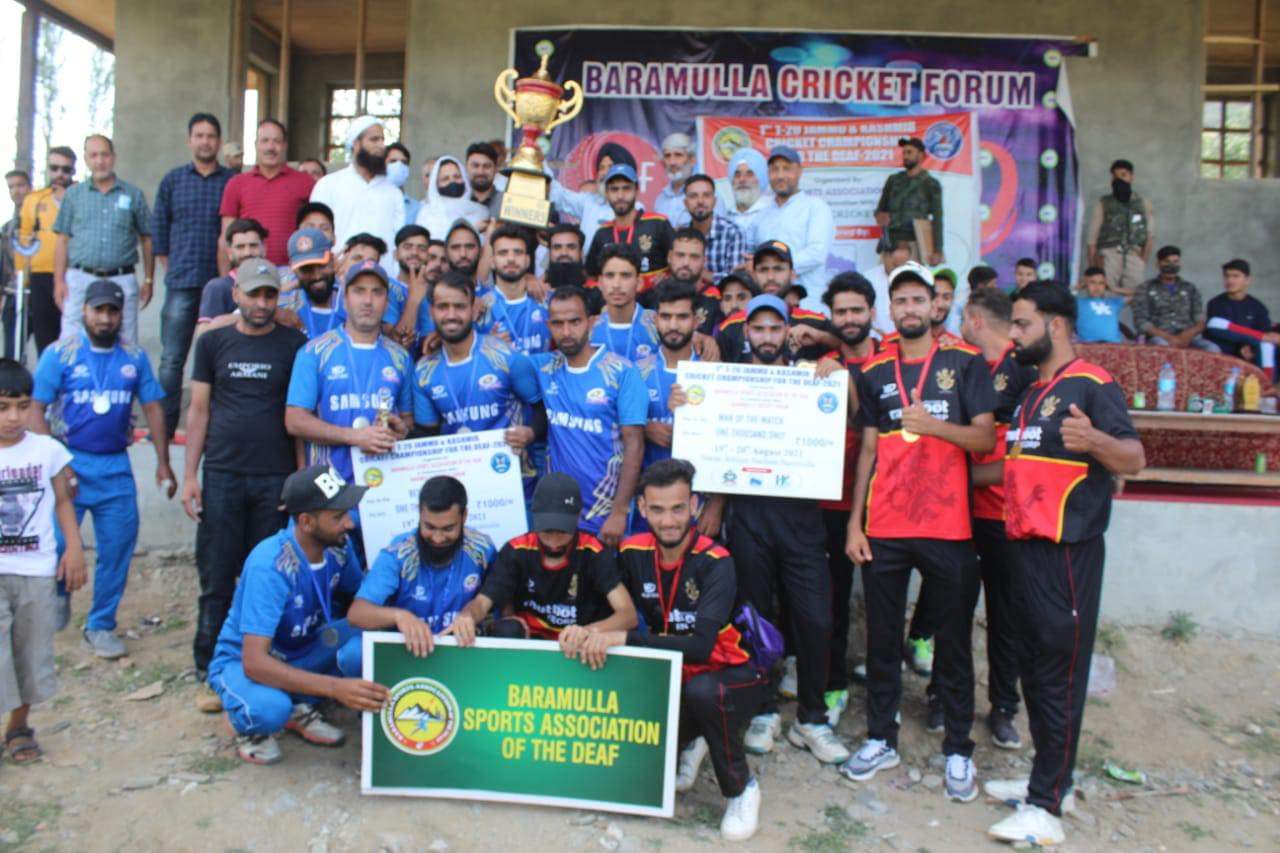 Srinagar, 22 August : Deaf Reds Not h emerged out as winner of the first T20 J&K Cricket Championship for Deaf 2021.

In the final played at Jehlum Stadium Baramulla, Deaf Reds North beat Deaf Bku South. The tournament was held from August 19 to 20.

Batting first Deaf Reds North scored 171 runs for the loss of six wickets in allotted 20 overs. Umar Ashraf with 72 runs from 43 balls was highest scorer for them. He hit 13 boundaries during his knock.

In reply Deaf Blue South got all out for 115 runs in 15.5 overs. Deaf Reds North won by 77 runs and lifted the trophy.