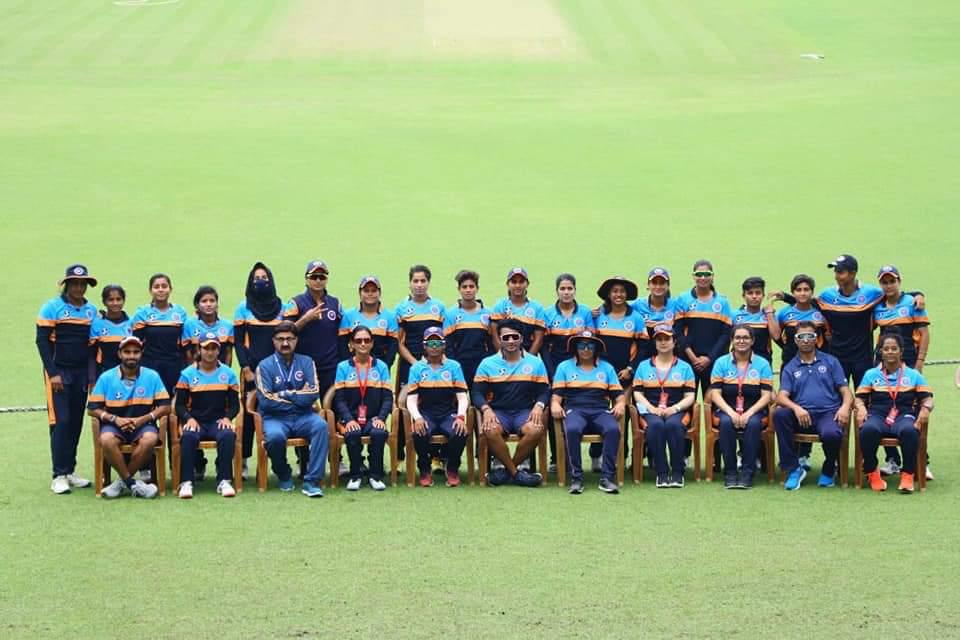 Bangalore, November 13: J&K eves fought like champions and despite a narrow loss to strong Delhi won hearts by displaying a fabulous show in a rain-hit shortened pre-quarterfinal match of 30 overs in the ongoing Senior Womens One Day Trophy at Alure Cricket Stadium, here.

With this win, Delhi sealed berth in the quarterfinals, while J&K’s magnificent campaign ended in this BCCI’s prestigious tournament.

Earlier, after a delayed start due to inclement weather conditions, J&K lost a vital toss and were put into bat by Delhi skipper, Babita Negi in wet and gloomy weather conditions.
Win of crucial toss paid off for Delhi as their speedster and former International cricketer, Soni Yadav took two important wickets of J&K- opener Rudrakshi Chib and number three batter, Rubia Syed in very first over of the innings, without scoring.

In reply, Delhi were made to fight hard to achieve the required target as J&K medium pacers hit the good areas besides purchasing bounce from the wicket, while spinners spun web around the rival batsmen.

Delhi reached the target in 26th over by losing 2 wickets, thus won the match by 8 wickets. Former India cricketer Priya Punia top scored with unbeaten 46 runs, while Pratika contributed valuable 23 runs. India-A player Ayushi Soni also contributed unbeaten 12 runs to the total. Both Priya and Pratika, who had scored mammoth 161 on the other day in this tournament, were dropped early in their innings. For J&K, Sarla Devi and Nadia Chowdhary shared 1 wicket each.

It may be recalled that it was for the first time in the history of Jammu and Kashmir Cricket Association that any women team had made it to the knockout stage.