SWABI: Pakistan’s pace merchant Junaid Khan says complete determination and contribution by every player enabled them to record a thumping victory against India in the high-profile ICC Champions Trophy final.

In an exclusive talk with Dawn on Thursday at his residence in Mathra village about Pakistan’s magnificent victory in the elite eight-team contest, Junaid said the team had given “a dream gift” to the nation before Eid-ul-Fitr. 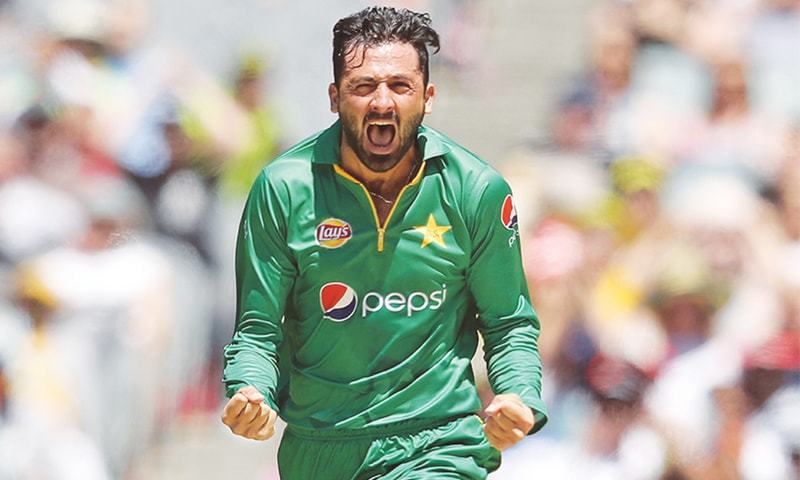 “It was the cricket fever and prayers of the entire nation during the holy month of Ramazan that enabled us to emerge victorious,” Junaid said of Pakistan’s resounding 180-run win over India last Sunday at The Oval.

Responding to a question, the left-arm paceman said losing the toss in the all-important final proved good for Pakistan in the end.

“In the previous matches of the Champions Trophy, against South Africa, Sri Lanka and England, we had restricted the opposition to modest totals [and then chased those totals]; and so we were confident to repeat the feat if India opted to bat first,” Junaid said.

The moment captain Sarfraz Ahmed took a running catch of India’s last man Jasprit Bumrah in the action-packed final, the entire Pakistan team at The Oval celebrated the memorable victory with tens of millions of their countrymen erupting in rejoice.

“It was an unforgettable moment. Pakistan’s thumping victory over what many believe is a strong Indian team will be remembered for ever,” Junaid said.

“Before the final when Mohammad Amir passed the physical fitness test all the players in the dressing room were jubilant. Amir then wiped out the Indian top-order batting with clever use of seam and length bowling,” he recalled.

“Meanwhile, the other Pakistan bowlers also contributed remarkably, not allowing the Indian batsmen to up the run-rate as wickets fell at regular intervals.”

Speaking about Pakistan’s amazing turnaround in the Champions Trophy after they had badly lost the tournament opener to India, Junaid said the credit for rejuvenation went to entire management and players, particularly captain Sarfraz Ahmed and head coach Mickey Arthur.

“They motivated the players and we managed to stage a brilliant comeback and pulled off a remarkable victory to lift the trophy,” he said.

“Despite not playing international cricket at home since 2009, it is a good sign for Pakistan cricket that youngsters like Fakhar Zaman, Rumman Raees, Shadab Khan, Fahim Ashraf and Hasan Ali rose to the occasion with great zeal and showed to the entire world that there was no dearth of talent in Pakistan,” said Junaid.

“[Seniors] Azhar Ali and Mohammad Hafeez along with young Babar Azam contributed handsomely to enable Pakistan to post a huge total in the final,” he said. “The great combination of seniors and juniors really worked wonders for us.”