First match was played between DFA Kupwara and DFA Zone Pattan. Both the teams started with an aggressive note but were not able to penetrate the solid defence line of both teams. It was only towards the dying movements of the match that DFA Zone Pattan succeeded in converting a brilliant pass and scored a goal. Thereby DFA Zone pattan defeated Kupwara XI by one goal to nill.
The second match was played between DFA Bandipora and DFA Zone Handwara. This match proved to be a one sided affair as DFA Bandipora defeated Zone Handawara by 9 goals to nil. Ishfaq Ahmad of DFA Bandipora scored four goals which included a hatric also.

The finals of North Edition and South Edition of Championship will be played on tomorrow at 3PM & 2PM at TRC Srinagar & Sports Stadium Anantnag respectively
The Tournament is organised by JKFA & Sponsored by JKSC. 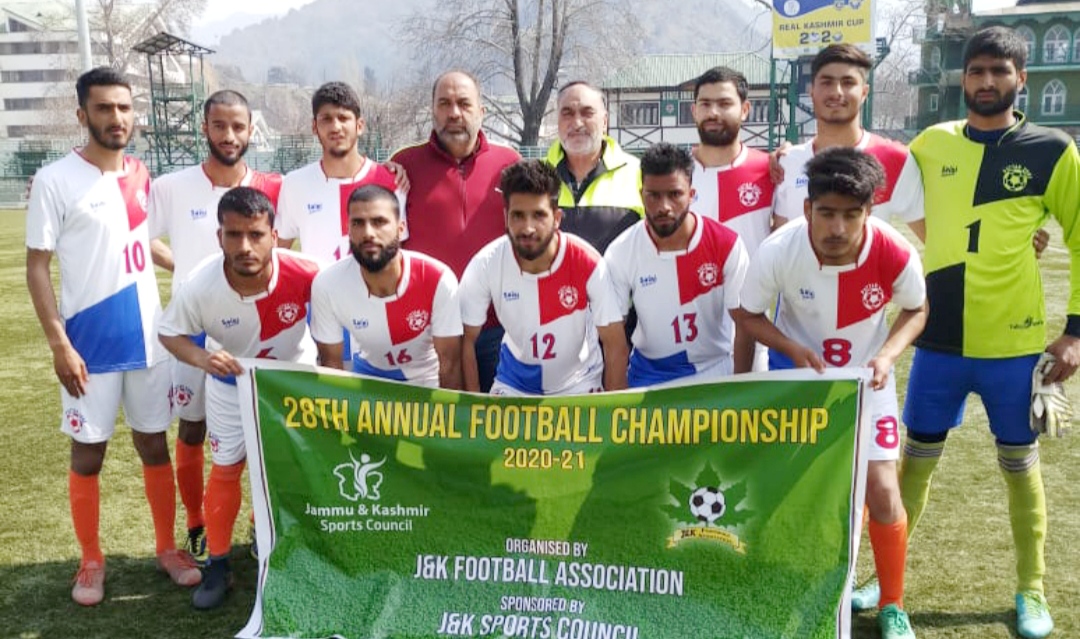