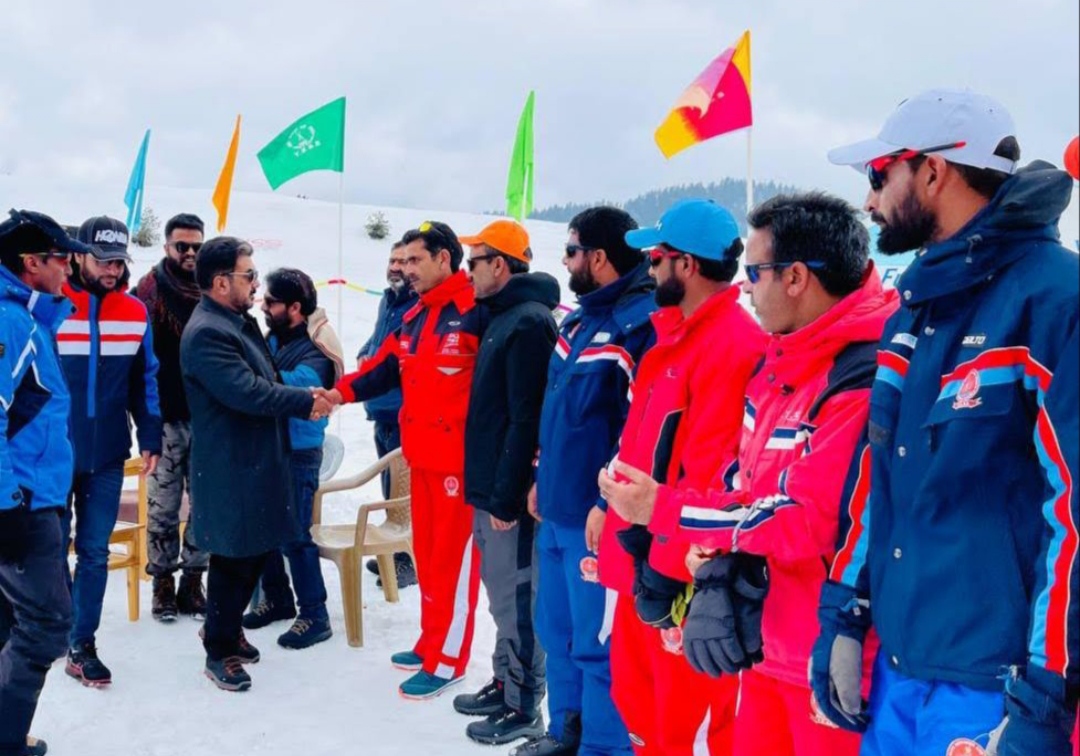 Gulmarg March 8: Director Youth Services and Sports (YS&S) J&K Gazanfar Ali on his visit to winter sports destination Gulmarg took stock of the arrangements made for the successful conduct of third Skiing training programme being run by YS&S since 6th of the current month.

He was accompanied by Skiing star from the valley who recently participated in Beijing Olympic Games. While speaking to the young student skiers, Director Sports hoped that the young boys would gain maximum from this opportunity and would enhance their skiing skills to the level that they would be eligible for taking part in different national and international events in the game. He while expressing his happiness over the presence of International Skier Arif Khan on this occasion hoped that the young skiers from the valley would take an inspiration from this skiing star and would make their parents and nation proud like he did.

He appreciated the role and dedication of ski instructors of the department for their efforts in imparting training to the trainees.
Pertinently a group of 105 students selected from different districts of the UT are being trained about the basis’ and intermediate in the game by 10 well trained instructors who include Zeeshan Ali, Zahoor Ahmed, Qadeer Lone, Fayaz Ahmed Dobi, Khursheed Ahmed, Shabir Ahmed, Mohammad Abid Bhat, Mohammad Ashraf Lone, Showqat Bashir, Tanveer Ahmed Khan and Imtiyaz Ahmed Malik.

Earlier two groups one each of boys and girls were trained at the same venue and the Department of YS&S has recently discovered Yousmarg as a new destination for the training in the game.
Gul Mustafa Dev, the first Kashmir based Olympian is supervising the technical aspect of the training while as arrangements of lodging and food are being taken care of by Hilal Ahmed Shah I/c warden Gulmarg.