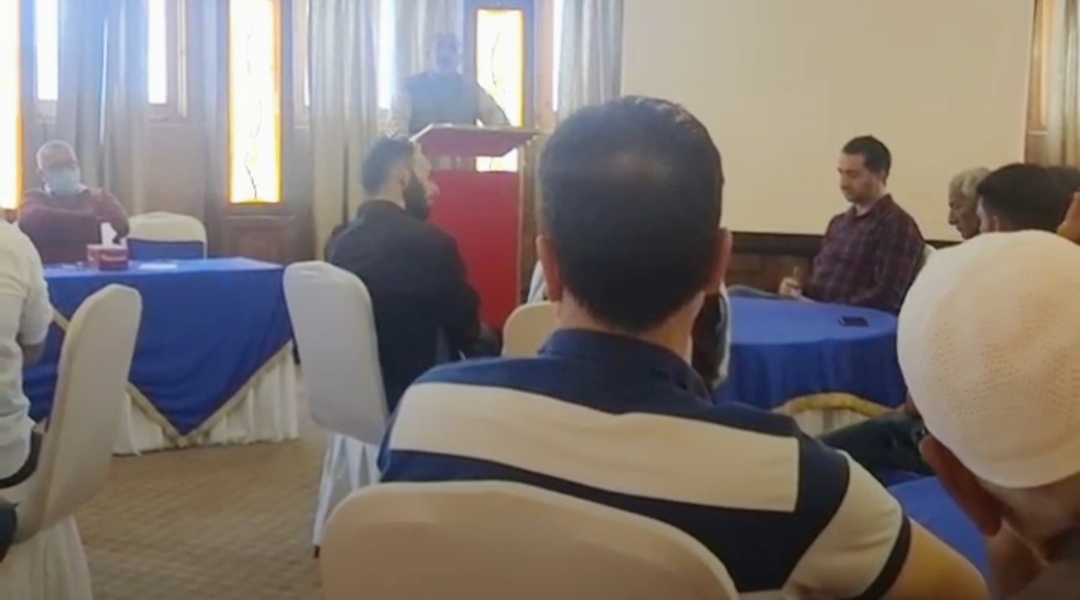 Srinagar, April 17: A major difference has surfaced in National and International Footballers Forum (NIFF) over the upcoming elections of JKFA with top official of NIFF storming out of the meeting held on Sunday in Srinagar.

NIFF held its meeting on Sunday in Srinagar to discuss its strategy on the upcoming elections of the JKFA that are scheduled to be held on May 8. NIFF had called in its various officials for the meeting to discuss the strategy and how to field its members in the election.

While most of the members were of the opinion that NIFF would be focussing on the elections now, a top official raised objection over the process and termed it non important for the NIFF.

A person present in meeting told KSW that official strongly objected and made NIFF members aware that NIFF has not come into existence for JKFA elections and thing issue shouldn’t be discussed.

“While majority were discussing the strategy through which NIFF can field its candidates for the elections , this top official objected. He told members that NIFF shouldn’t focus on elections instead should channelise its energy on highlighting the alleged wrongdoings of JKFA,” Source said.

“The official categorically told members that he wouldn’t be part of the NIFF if they are going to run for elections. After that he stormed out of the meeting hall,” source said.

Sources further said that another too official said that NIFF wasted its two and half years and didn’t strategize and did planning for the most important elections.

“In elections , voter counts and sorry to say we wasted our time and energy for two and half years by not thinking about that. Today we don’t know how many votes we have and that is because we missed basic point. Now our aim should be upcoming elections and try to win it,” official said.