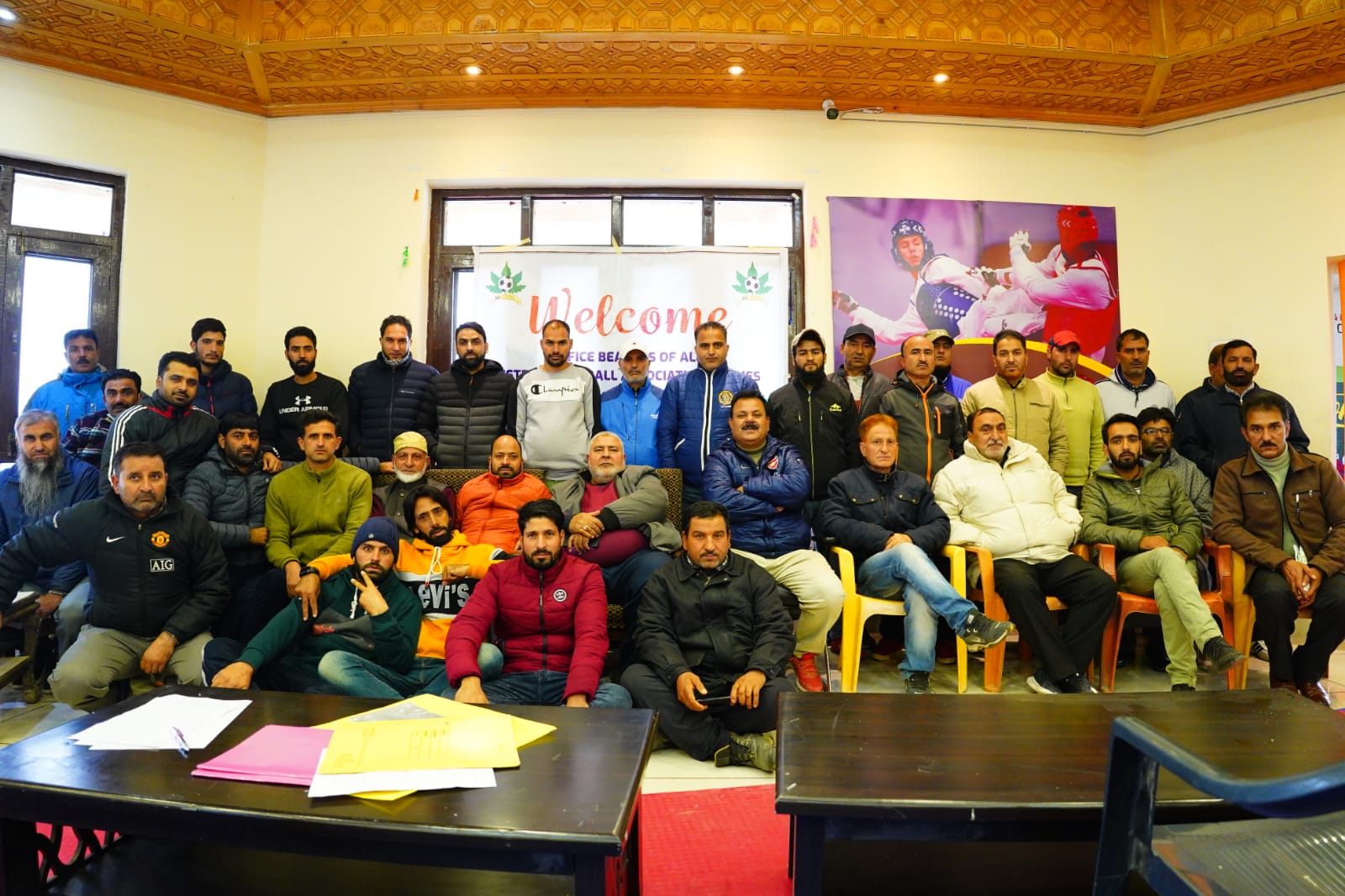 Srinagar, November 14: The Kashmir province based District Football Associations on Sunday held there meeting at Gindun Stadium Rajbagh Srinagar in which they asked J&K Football Association (JKFA ) to hold early elections.
The meeting called by Srinagar Association saw officials from all District Associations and Zones of Kashmir participating.
Titled as seminar , in the meeting various issues concerning the football in J&K were discussed. In the end a resolution was passed unanimously in which JKFA was asked to hold early elections of the Association .

In the resolution that was signed the participants , JKFA general secretary was requested to hold elections of JKFA so that new body would be elected well before start of the new season.

“There is need to hold early elections. The term of current body ends on May 2022 but that is the start of football season in Kashmir and also Holy Month of Ramadan would be at the same time. If elections are held early before few months that will help football in J&K and will also save precious time,” resolution said.

In the resolution Associations have raised several questions about functioning of the JKFA and some unilateral decisions made by JKFA President.

The resolution is termed as a vote of no confidence against the current JKFA body with more than 50 percent district units requesting for early elections .

There has been demand about the dissolution of current JKFA body including NIFF had been terming current term of JKFA President as illegal.

It is to be seen how JKFA General Secretary reacts to this resolution , whether he will issue notice or not . If not , what will be course of action from these District Associations.