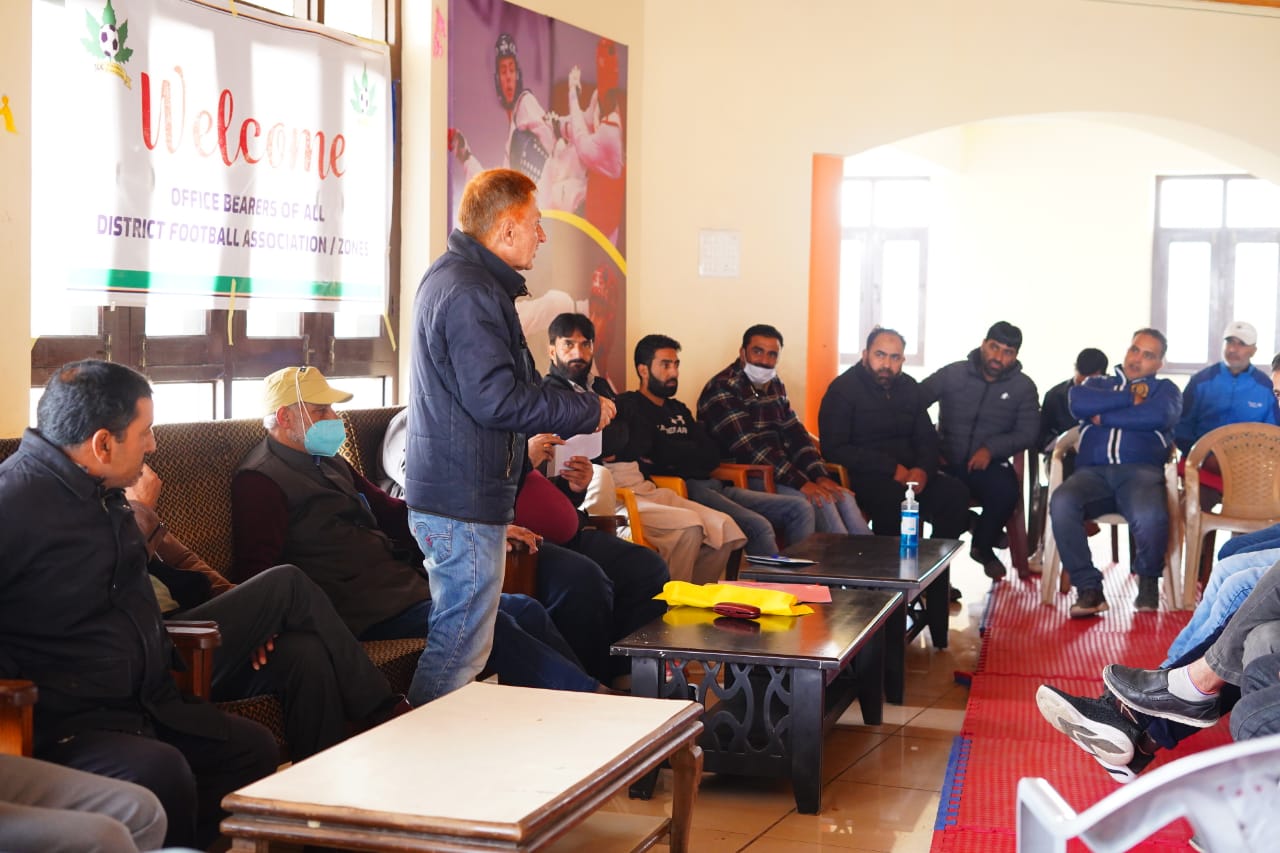 Srinagar, November 14: The District Football Associations of Kashmir province have demanded probe into disqualification of Hyderya FC from the second division I-League.

Kashmir Province based District association’s affiliated with JKFA on Sunday held meeting in Srinagar in which they passed resolution . In the resolution apart from various decisions taken including early JKFA elections, the Associations also demanded probe into Hyderya FC disqualification.

Hyderya FC that had qualified from J&K for second division I-League was at last monet disqualified by All India Football Federation (AIFF) for submitting fake bank guarantee . With the absence of Hyderya FC , no team from J&K participated in Second Division I League including Downtown Heroes FC that had also submitted documents to AIFF.

Regarding the disqualification of I League 2nd Division team Hyderya FC from AIFF on account of fake documents. This matter requires inquiry at J&K level to find the individual behind the fraud and to ban them along with the club, as they defamed the J&K football in particular and J&K in general,” resolution said.

Meanwhile Downtown Heroes FC that had suffered due to submission of fake documents by Hyderya FC has welcomed the demand.

“We welcome the resolution passed by District Associations. From first day we have been demanding probe but JKFA has been reluctant . No one is answering what has happened and who is involved. In all this we suffered both financially as well as mentally. JKFA owes Downtown Heroes FC explanation,” said Mushtaq Bashir , owner of the Downtown Heroes.

“We support this resolution by district association. We also thank them for raising voice against injustice and want early probe into the whole matter ,” he added.