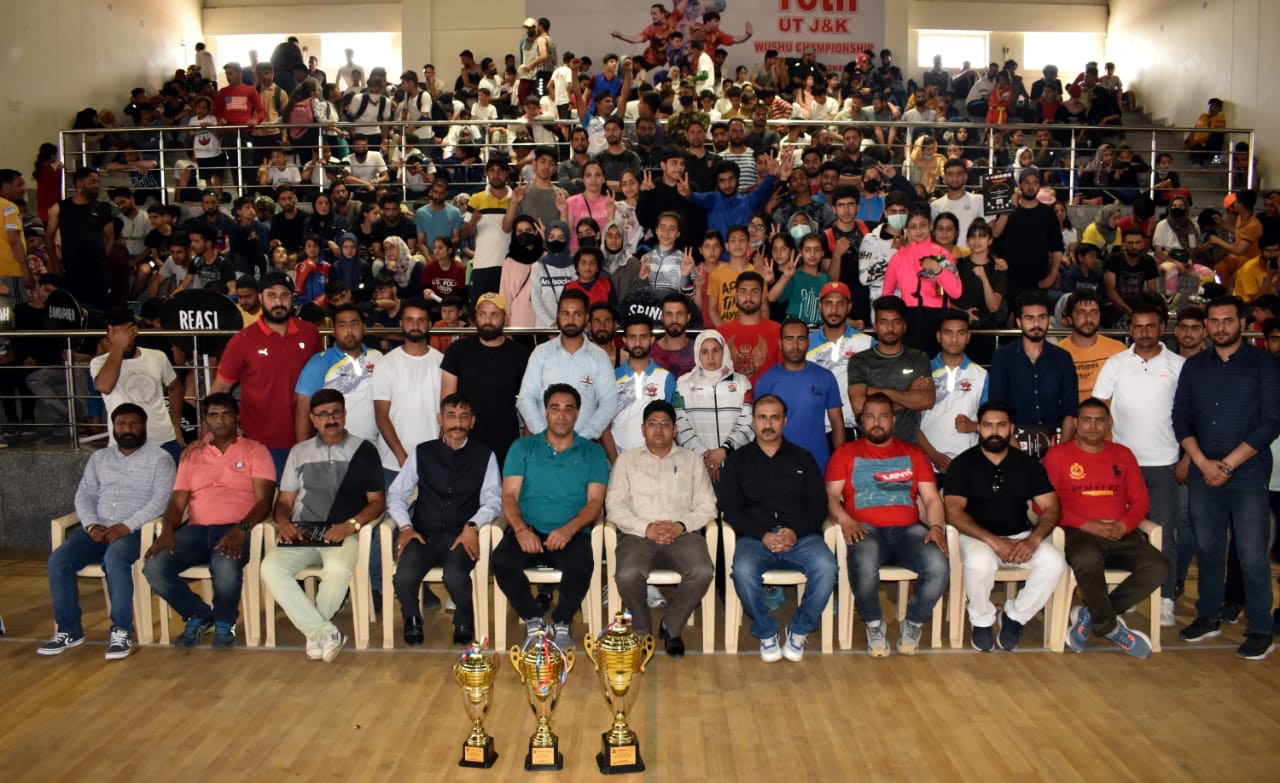 Srinagar, April 1: District Srinagar emerged as overall champions in the J&K Wushu championship that concluded at Indoor Stadium Bhagwati Nahar Jammu on Thursday.
Divisional Commissioner Jammu, Raghav Langar was chief guest on the occasion and distributed prizes amoung the winners.
Around 850 players drawn from various districts of J&K and 200 officials took part in the event.

While as Raghav Langar was the chief guest on the occasion, Secretary J&K Sports Council, Nuzhat Gul was the guest of honour and Ace Sports Administrator and Vice President J&K Wushu Association, Ranjeet Kalra was the special guest.

Speaking on the occasion, Divisional Commisioner said that Wushu is one of the prominent medal winning sports disciplines.
He said that the game of Wushu has brought many laurels for J&K and the country. It has produced the stars like Kuldeep Handoo, Bhanu Pratap Singh, Rajinder Singh and more recently Sadiya Tariq, who bagged a medal in Moscow Wushu Stars and her achievement was lauded by Prime Minister of India and LG Manoj Sinha.

Earlier, Secretary J&K Sports Council, Nuzhat Gul in her address gave an overview about the achievements of Sports Council and Wushu Association of J&K.

Ranjeet Kalra, Vice President Wushu Association of J&K in his address thanked the Divisional Commissioner for his continuous sport to sporting initiatives and his constant monitoring and review of new sports projects underway in Jammu province.