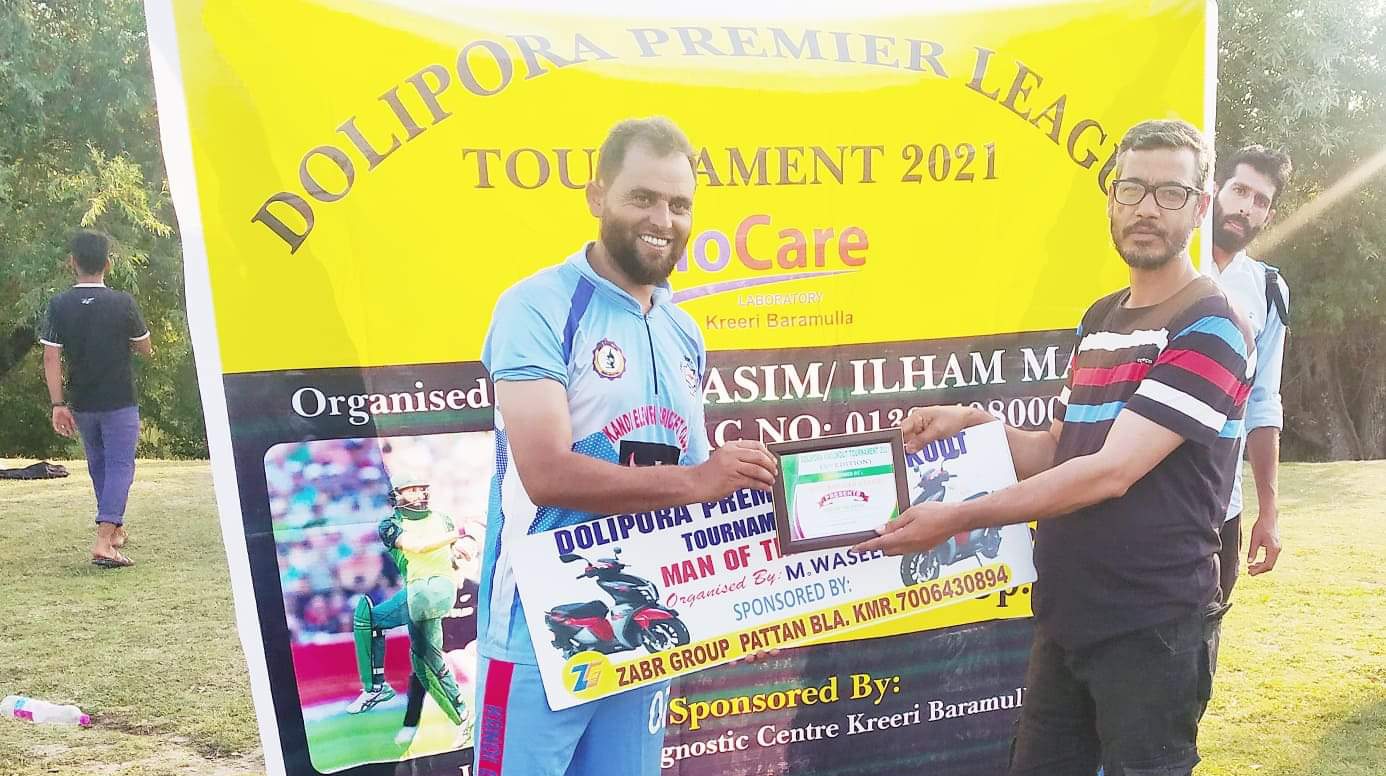 Batting first BCC scored a small total of 139 in alloted overs. Saleem with 59 was highest scorer for them while as Dar Shabir and Hamid Mir scored 19 and 17 runs respectively.

Chasing the target, Kreeri XI lost the match by 80 runs. From BCC side it was Dar Shabir’s brilliant bowling in which he took 6 wickets giving away only 12 runs while as Ishfaq and Aasif took one wicket each.
Dar Shabir was declared man of match for his brilliant all-round performance.