Srinagar: The Srinagar edition of 28th Annual Football Championship kick started today, Thursday with two matches being played at TRC Turf ground.
In the second match of the day, DFA Bandipora XI played against Downtown Heroes FC.
It turned out an exciting clash with winners if North Zone group of the event, DFA Bandipora giving tough fight to Downtown Heroes FC. Both teams from the starr tried to take early advantage by scoring a goal. In the 25th minute of the game , Downtown Heroes FC succeeded in breaking deadlock by scoring first goal. Shafiq was the scorer .
Though Bandipora its best to score equaliser , but they failed to find back of the net. Downtown Heroes FC won match by 1-0 goals.
The Championship is organized by JKFA and Sponsored by JKSC. 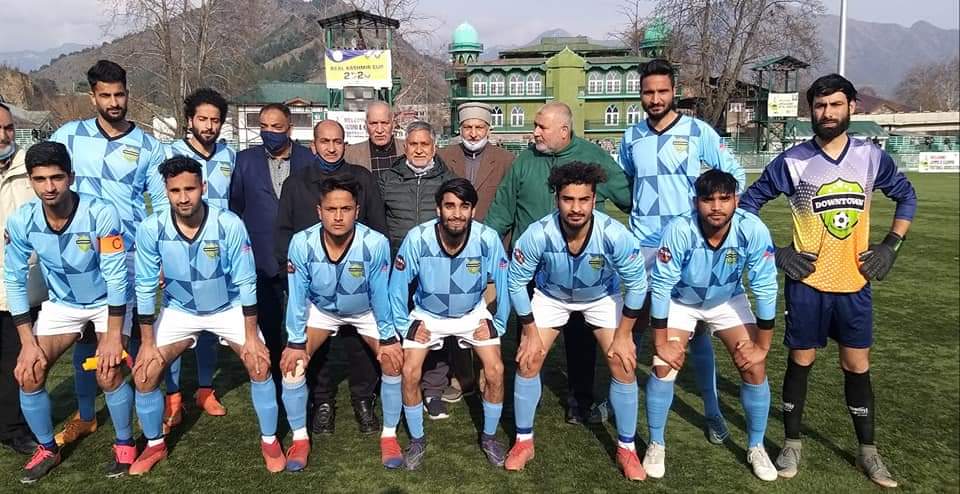