Srinagar, 03 August 2021: In a major achievement , newly formed Old City of Srinagar based football club has taken giant leap forward by qualifying for the second division I-League from J&K.

Club which didn’t existed around one year ago, is today itself a name in football circles of Kashmir and soon is going to be name in National football arena.
Downtown Heroes FC in its first ever year of existence has secured its qualification from J&K for second division I-League.

They did this by performing brilliantly in JKFA Professional League in which they finished overall third and second in qualification. They had brilliant start to league winning three out of three games. If not for fumble in later half of league they would have been runaway champions.

Apart from that their performances have been hailed by one and all. From experts to fans everyone has loved their attacking style of play which entertains everyone. In matches where Downtown Heroes could have easily sit back secured points , they continued to press up made it clear that they are here to entertain and give fans what they want.

In a statement issued here Downtown Heroes FC lauded the immense capabilities of JKFA in successfully hosting the Professional League 2021 in Srinagar.

“It was very encouraging to see a number of people turning up and enjoy the football here. We are equally thankful to our fans without their support and encouragement it would not have been possible”, the statement read.

It said, “we would also express our gratitude to friends from the #media fraternity and our revered #sponsors who also contributed their part brilliantly in the league”.

“We believe that the our local players are full of talent, intelligence along with being technically sound. We are therefore keenly looking forward to seeing the top quality talent in Kashmir”.

Pertinently JKFA has nominated two teams Hyderya Sports and Downtown Heroes from J&K for second division I League. As per early AIFF has to include one team and in special cases can include both. 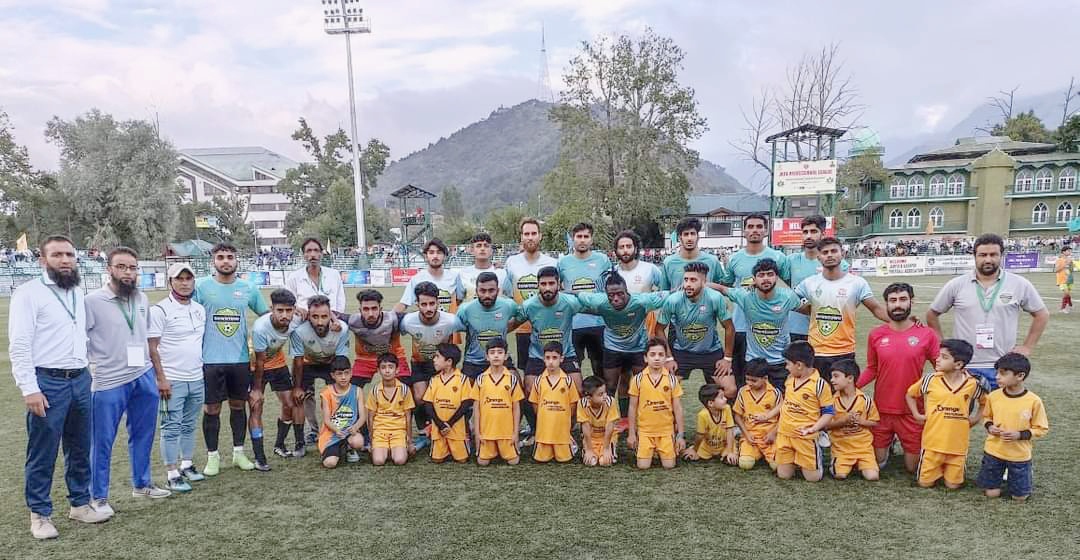