In reply Team Hooked achieved target in 18 overs for the loss of 6 wickets.

Tanveer Kota with 63 not out was highest scorer for them while as Meeran scored 8.
Aqib took three wickets for Nigeen.

Tanveer for his all round performance was awarded man of the match. 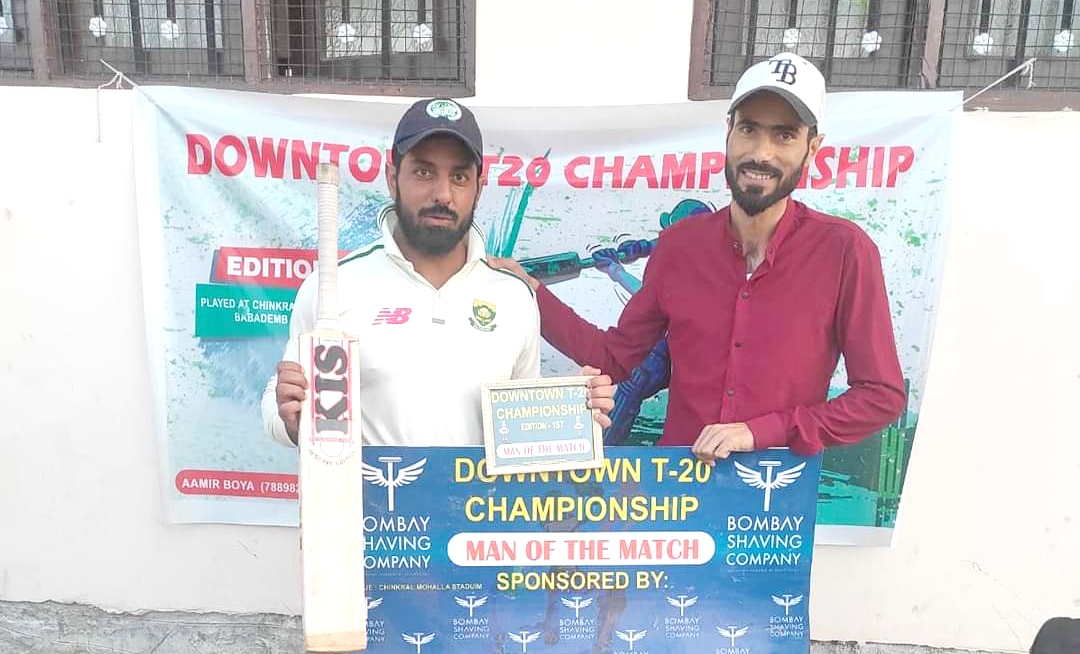