DPL: Dar Shabir shines with ball for BCC against Fatehgarh

Batting first BCC scored 195 runs in allotted overs. Asif with 60 and Ashiq with 36 were highest scorers for them.

In reply Fatehgarh XI lost match by 145 runs.For BCC , it was Dar Shabir’s brilliant bowling in which he took six wickets in three overs giving away only 13 runs.

He was declared man of match for his brilliant bowling. 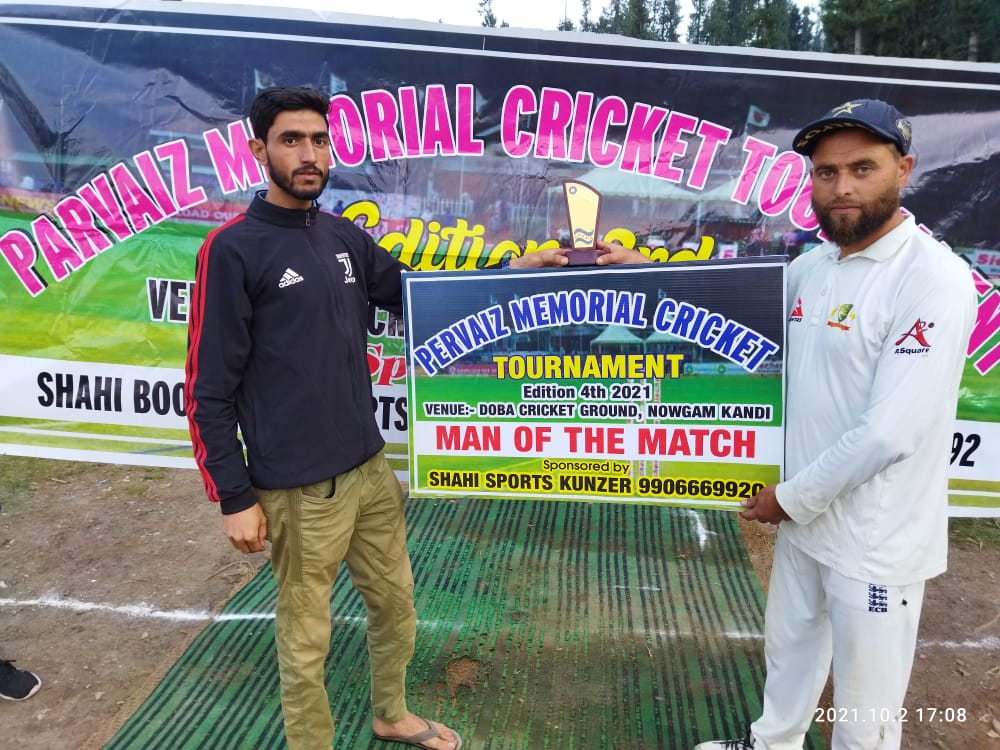