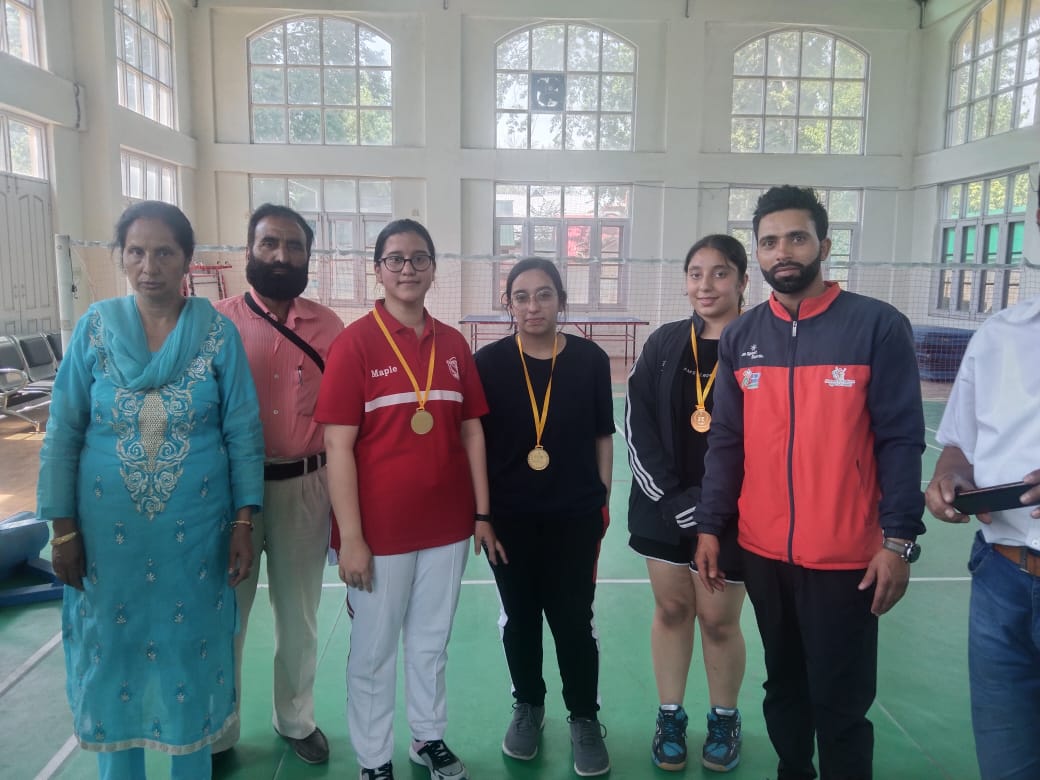 Srinagar : The Delhi Public School Srinagar won a rich haul of 18 medals including 17 golds and one silver in the recently concluded Inter School Zonal level badminton championship organised by the Department of Youth Services and Sports, Zone Amira Kadal. The school contingent participated in the Under-14, Under-17, and Under-19 levels.

Congratulating the medallists, the Principal Shafaq Afshan said, “It is a great delight to see that the students are earning accolades for the school, and establishing a legacy of sporting excellence for others to come. Congratulations to the winners.”

The Chairman of the school Vijay Dhar also congratulated the winners and said “DPS Srinagar is a name to reckon today in annals of sporting excellence due to its untiring support to talent, and its single-minded aim to promote the potential of youth. The success of the badminton contingent proves our efforts are reaping fruit.”