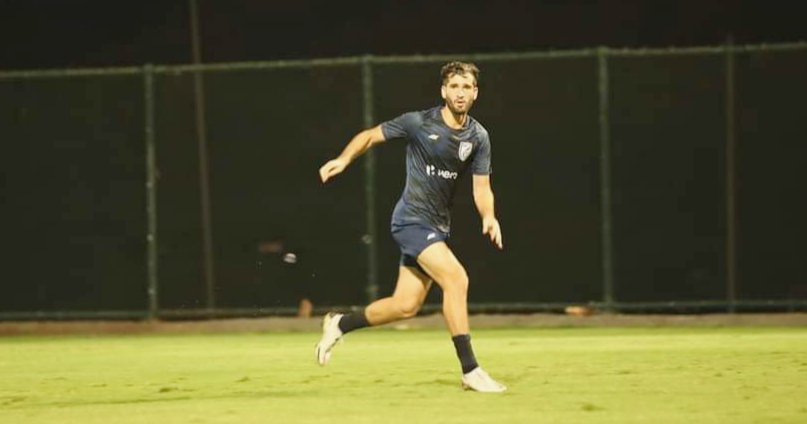 Srinagar, March 25: Star footballer of Kashmir Danish Farooq who just became latest footballer from Kashmir to play for Indian National team has said has said that dreams do come true.

Danish on Wednesday , debuted for India in the friendly match against Bahrain in Bahrain. Though India lost 2-1 against hosts, but the match was special for Danish Farooq and the Kashmir football fans. Danish was part of starting eleven and went on to play for around 80 minutes in the match before being replaced by Yasir.

Soon after the match, Danish who is part of Bengaluru FC in Indian Super League took to his official Instagram and Facebook accounts and thanked everyone for the support.

“Dreams do come true. It has been an emotional few months but last night was something truly special. Honoured beyond belief to represent the country and stand alongside some of the best players of the land. Would never have been possible without the support of my family, friends, coaches, fellow players and most importantly the fans,” Danish posted.

Danish this season joined Bengaluru FC from Real Kashmir FC. He was brilliant for the Bengaluru side and went to earn his place in Indian team.