The new La Liga season is still weeks away, but try telling Miami that Saturday night’s El Clasico at a sold-out Hard Rock Stadium is meaningless. For the first time in over 35 years, Barcelona and Real Madrid will meet on foreign soil. It’s also the first encounter between the two sides in the United States. Back in 1982, the match staged post-season in Venezuela, coming just before that year’s World Cup, was so nondescript it wasn’t even shown on television in Europe. Fast forward to 2017, however, and this encounter has morphed into a huge global event which has gripped a soccer-mad city and ensured the now annual International Champions Cup exhibition tournament will remain a permanent fixture on the sporting calendar for years to come.

TV network ESPN have transplanted a crew of 25 reporters and presenters to South Florida to help produce wall-to-wall coverage. 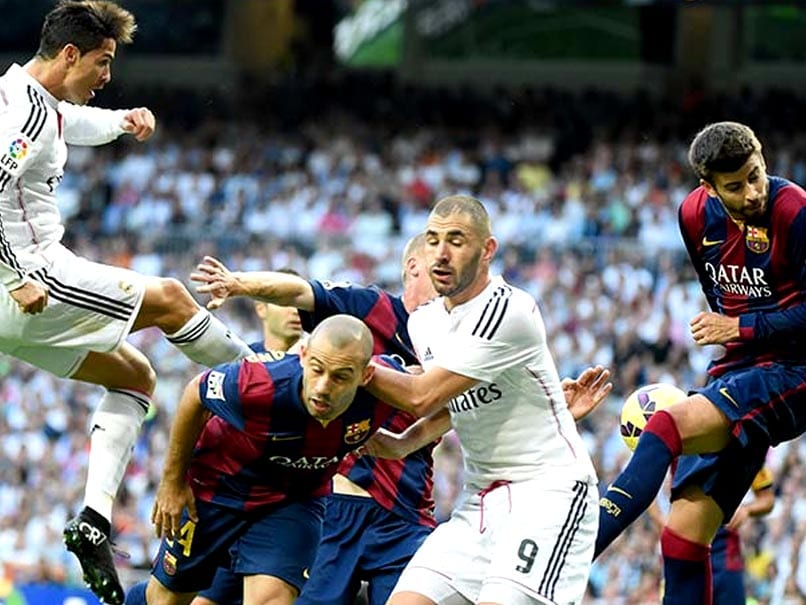 Their daily Sports Center news show will be on-site in Miami and, at a time of the year where the NFL, NBA and NHL are in hibernation, the timing couldn’t have been better.

The game has long since sold out — tickets on the black market are now costing upwards of USD 900 (770 euros) each — although only 30 percent were bought by fans in the South Florida region, with the remainder being snapped up by the rest of the United States as well as people in 50 countries.

Football supporters from Mexico, Canada, Puerto Rico, Costa Rica and Honduras will all descend on the recently renovated home of the NFL’s Miami Dolphins while the city itself is basking in the glow of a fun filled festival of football.

A legends game at the ‘Casa Clasico’ event at Bayfront Park in downtown Miami on Friday sees legends such as Patrick Kluivert, Fernando Hierro and Carlos Puyol among others all dust down their boots once again and recreate the magic moments of yesteryear.

Live music and DJs will keep fans entertained and on Saturday watch parties on huge TV screens are planned for those unlucky enough to miss out on a ticket as well as allowing the casual fan to get a unique taste of what this match actually means.

Naturally, both sides are in the middle of pre-season preparations and have been travelling across the United States for the past two weeks along with the likes of Manchester United, Manchester City, Juventus and Tottenham Hotspur.

Yet such a mouthwatering rivalry ensures that whenever Real and Barca meet, interest abounds. The build up has, invariably, been centered around incredibly priced incomings — and possible departures — both at the Camp Nou and the Bernabeu.

Neymar, Barca’s Brazilian superstar, has been consistently linked with a record breaking move to French giants Paris St Germain, who have also been in America, while Real are believed to be closing in on Monaco’s young star Kylian Mbappe for a fee which could eclipse 180 million euros.

Furthermore, while Madrid coach Zinedine Zidane is still basking in the glory of winning the La Liga and Champions League double, new Barcelona manager Ernesto Valverde’s reign has yet to begin in earnest.

Having to contend with the Neymar situation and everything surrounding it wasn’t what the former Barcelona forward would have hoped for so early into his tenure.

Meaningless? Perhaps. Yet Hugo Sanchez, the legendary Mexican striker who scored an astonishing 208 goals in 283 games for Los Blancos during a glorious spell which stretched from 1985 to 1992, knows exactly what it means when these two giants of the game collide.

“It’s the most important game in Spain but given the technological advances we have in the world, it should be known as El global Clasico,” said Sanchez. “For those lucky enough to be at the match, they will have an opportunity of a lifetime.”