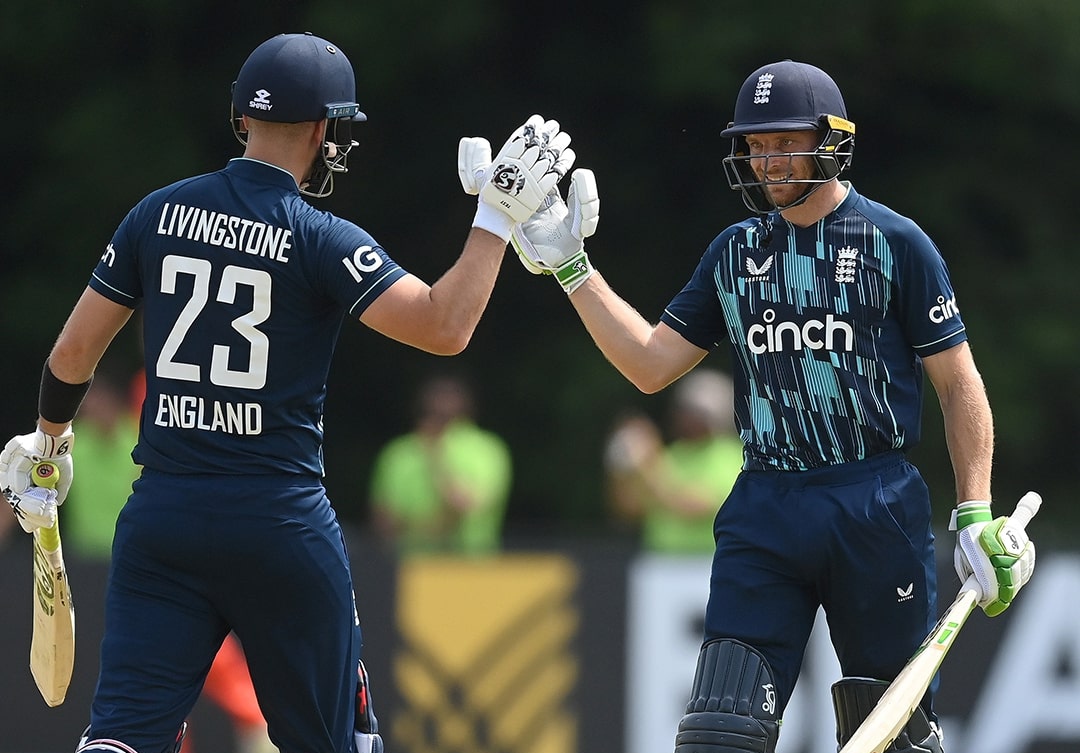 By Kashmir Sports Watch
June 17, 2022
Srinagar: World Champions, England on Friday smashed the world record to register the highest-ever ODI total of 498/4 during the first game against Netherlands in Amstelveen.
England had previously held the record, having smashed 481 for six against Australia.
England now have the top-three highest scores in ODI Cricket. Jos Buttler starred with a brilliant 162 off just 70 balls, while Dawid Malan and Phil Salt also scored their maiden ODI tons.
Liam Livingstone then added some fireworks to England’s innings, smashing the joint second-fastest fifty in ODI, off just 17 balls.
Earlier, Netherlands skipper Pieter Seelaar won the toss and opted to bowl first against England.